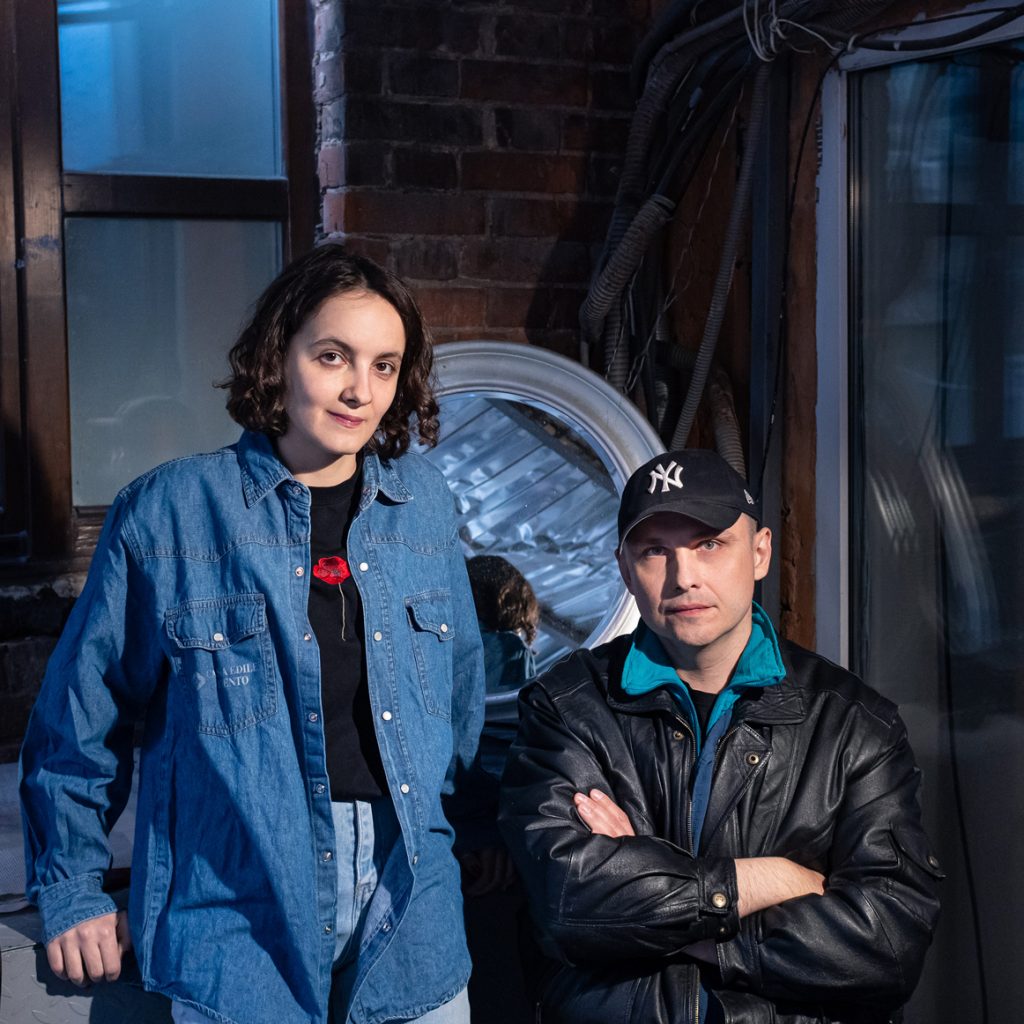 Albert: We are brother and sister, co-founders of the first Russian online resale platform Oskelly.

From childhood, Zaira and I knew that we wanted to be entrepreneurial. And both purposefully went to this, however, in slightly different ways. Could we then imagine that someday we will be able to combine our interests within the framework of one project? Absolutely not. But it looks like we did it, and it turned out great.

Zaire: It is true that from the very beginning we have strived to develop in different areas. Having received a diploma from MGIMO with a degree in management, I entered the British Higher School of Design and Contemporary Art to study fashion business. After that, I was captured by the fashion industry: I developed relationships in the field of fashion retail, I was engaged in the purchase of collections for Moscow boutiques. During this time, I have studied the markets of Italy and France well, and this helped me choose the best collections for Russia. The field of luxury fashion is very dynamic and I doubt that I could get the same pleasure from working in other areas.

Albert: While Zaire was conquering the world of fashion, I graduated from MGIMO and in 2012 received a master’s degree in management. Then he studied business law at the Moscow State Law Academy, and then continued his education at the RANEPA postgraduate course with a degree in world economics. He worked in the companies Schelkovo Agrokhim and Rosneftegazstroy, where he was engaged in foreign economic activity and development of sales in the Russian Federation. Developed FMCG projects from scratch (consumer goods. — “Moskvich Mag”). You can’t even imagine how tired I was then of working within the framework of traditional conservative models – I wanted to create something unknown, something that had not yet been standardized. I was interested in various IT and digital areas and, of course, the main goal was to create my own product. But it needed a working idea.

Zaire: I also thought about creating something of my own related to fashion. The idea came to me unexpectedly: at that time I had long suffered from consumerism (at that time I thought that when working with designers and brands this was inevitable). At some point, it became impossible to have a lot of things in my closet. Something had to be done about this. I tried to sell branded clothes through existing services, but quickly abandoned this idea, as I almost became a victim of scammers. And then I realized that we simply do not have suitable sites in our country where people can safely and quickly resell and buy products from luxury brands. With this pain (actually a complaint) I came to Albert.

Albert: We looked to see if there are special services abroad that solve this problem. It turned out that the Vestiaire Collective service has been actively developing in France for a long time (at the beginning of 2015 it raised $67.5 million), and in the USA – Tradesy (in May 2016 it raised $74.5 million). Both of us were inspired by these examples, and we realized that in Russia the sphere of resale is a huge blue ocean, which is actually not mastered by anyone. Plus, at that time, the concepts of the sharing economy and conscious consumption were actively developing. So the idea seemed promising.

Zaire: And here three important points converged for us at once. The first is a way to combine our interests: fashion and IT. The second is the opportunity to create a project together with the most reliable partner, a person you trust like yourself. And thirdly, this is a chance to create from scratch not just a commercial business, but a social project that solves a very important global task of protecting the environment. When my brother and I plunged into the study of foreign experience, we realized that resale there is not so much a huge fast-growing market as a whole community of people who work together to change consumer habits and are at the forefront of ethical fashion. And Albert and I wanted to create such a community and develop a resale culture in our country.

Albert: This is how the Oskelly company appeared – a mobile first resale platform that allows you to unload your wardrobe in two clicks. All products and most of the internal IT systems of the platform are developed by our own team (in fact, one of the project’s features is that we do everything in-house). From the very beginning, we set ourselves an ambitious goal to create not just an application, but a full-fledged ecosystem, based on the needs of the client and an environmentally friendly circular model that allows you to give a second life to pre-loved things in the luxury segment.

Zaire: Of course, in the early stages we encountered a number of difficulties, most of which were due to a huge amount of prejudice around second-hand things. We literally had to destroy the stigma that it is shameful to sell and buy in resale by our own example. And for this we have formed a whole team, which is also the core of our audience. These are people who fully share our philosophy and promote the ideas of resale. It was our team that became the basis of our community, which today more and more people are joining. The second difficulty was related to the creation of an authentication department. And here we are faced with the fact that no university in the world teaches such a specialty. I had to look for nugget specialists among former buyers, consultants in boutiques, professional resellers with a special mindset. Today, the Oskelly Authentication Department employs ten people, and in general the team has grown to one hundred employees. And it is very pleasant for us to see that the project is growing not only in the external environment, but also in the internal one.

Albert: We are going to continue this work in the next ten years. The main goal now is to win foreign market share and create such a technological ecosystem that will be able to satisfy any customer request. We are going to develop both vertically, namely entering new markets, and horizontally, launching new directions under the Oskelly umbrella brand. And all of them will also be focused on the actively developing trend of sustainability (sustainable development). The company makes a special bet on the IT component of the product. We are launching new functionality and working on artificial intelligence and machine learning technologies that allow us to personalize content for each user. All this will help build a complete ecosystem around Oskelly. And, of course, we will continue to provide a high level of customer service and social functionality for comfortable user interaction with each other. After all, the needs of the client will always be at the heart of our project.

Zaire: Albert emphasized that Oskelly will develop in the online space. However, in reality, we are not limited to them, and already this autumn in Moscow we opened the first Oskelly boutique in Stoleshnikov Pereulok. This year, we took part in several offline events and saw that customers are interested in communicating with us not only through the application and social networks, but also in face-to-face mode. We believe that the Oskelly boutique will become the very physical platform within which it will be possible to organize meetings of members of our community.