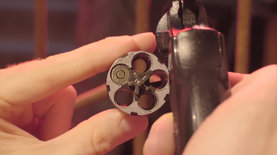 The U.S. Supreme Court overturned the New York State Gun Regime Act, which had been in place for over a hundred years and restricted the concealed carry of handguns. About it reports CNN.

The Supreme Court’s decision came in a six-to-three vote and sets a precedent for changing similar laws in other states.

The Court concluded that “It is unconstitutional for the State of New York to issue gun licenses only if applicants demonstrate an increased need for self-defense.”

The court referred to the Second Amendment to the US Constitution, which proclaims the right of citizens to keep and bear arms and was adopted in 1791 under the so-called Bill of Rights.

The court’s decision significantly changes the enforcement of gun control laws, including bills currently before Congress.

In the United States, only a few states have laws similar to the repealed one – these are California, Hawaii, Maryland, Massachusetts and New Jersey.

At the same time, 25 states allow citizens to carry weapons concealed in most public places without any additional license, identity verification or security knowledge.

Macron refuses to call Russia a sponsor of terrorism: We do not need a clause for sanctions – Ukraine news, Politics

“The task is for the enemy to suffer heavy losses.” Video about the work of the SSO near Severodonetsk – news from Ukraine, Politics

Macron: We have never demanded and will not demand any concessions from Ukraine – news from Ukraine, Politics