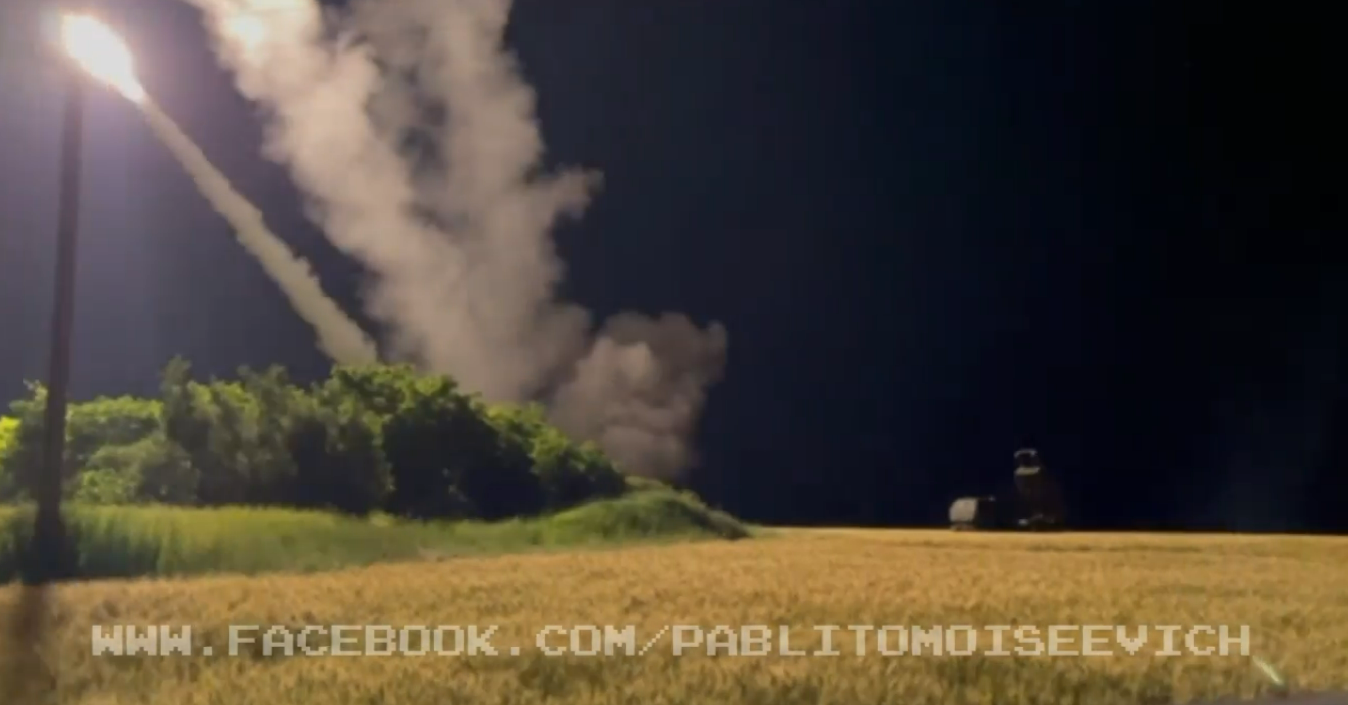 The footage showed two installations that fired at night. In total, there are 4 such MLRS in the Ukrainian army.

Volunteer and trader Pavel Narozhny published video of the first combat use of the American MLRS M142 HIMARS in Ukraine.

The video shows a salvo from two installations. HIMARS worked at night. At the moment, the Ukrainian army has received four M142 multiple rocket launchers. However, the US has already announced the transfer of four more HIMARS.

Note that on the arrival of the MLRS in Ukraine Defense Minister Alexei Reznikov said only yesterday, June 23.

HIMARS is a highly mobile wheeled rocket launcher with 6 rails on board. Ukraine will receive high-precision missiles capable of firing at a distance of up to 85 km. The installation operates on the “hit-and-run” principle, which prevents counter-battery firing against it.

Recall that the American General Mark Milley said that the first 60 gunners were trained to use the M142 MLRS.

In response to M142 HIMARS deliveries in the State Duma of the Russian Federation threatened to hit the US embassy in Kyiv.

They mate on people’s faces. Scientists have found that skin mites become part of a person

Ministry of Defense: 14th mechanized brigade of the Armed Forces of Ukraine lost more than 2,100 people