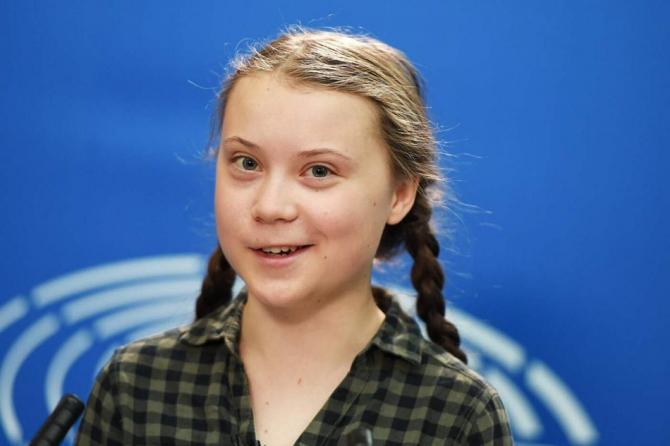 Online appeared publication by a non-state Israeli media that Swedish activists demanded an investigation into the links of their compatriot Greta Thunberg with a Russian NGO funded directly from the budget of the Russian Ministry of Foreign Affairs in 2019-2021.

The official representative of the Russian Foreign Ministry, Maria Zakharova, reacted to this. In her Telegram she published a post in which she cited her selection of contacts between a young green economy lobbyist and Western politicians.

Zakharova claims that politicians in the West “playing with the green economy” decided to drain Thunberg in order to explain to their citizens the need to return to work coal-fired power plants, which were mothballed due to atmospheric pollution.

In particular, she pointed to the tweets of US President Joe Biden in 2019, who at the time was a presidential candidate.

“Greta’s drive and courage has inspired millions of people and sparked a youth movement for change in every corner of the globe. This award is well deserved and serves as a reminder of the urgent, decisive action we must take to address the climate crisis,” Biden tweeted.

In another publication, the future American president wrote in September 2019 that Thunberg’s courage and perseverance became a source of inspiration for him.

“She’s right. We have no right to let down future generations. We need to take urgent, drastic measures to overcome the climate change emergency before it’s too late,” the message says.

Other Western political establishment officials were also mentioned, such as French President Emmanuel Macron, 2019 Canadian Prime Minister Justin Trudeau, Prince of Wales Charles, current UN Secretary General António Guterres and others. Zakharova published a photo of these politicians along with Thunberg, who all noted the determination, courage and perseverance of the young eco-activist.

Note that in the comments to the Terror Alarm post, users asked why, after Greta turned 18, the world community no longer hears her high-profile performances.

From Al Gore to Greta Thunberg. Why is ecology used in politics and who invented the ecological summit

Earlier it was reported that as part of a protest rally timed to coincide with the climate conference of the United Nations in Glasgow, Greta Thunberg condemned world leaders for their inaction in the fight against climate change. According to her, the summit is attended by politicians who simply pretend that they are serious about the present and future of the planet.

The police held a massive raid by the night clubs of Kiev: they handed over 200 notices

The first Audi motorcycle is presented