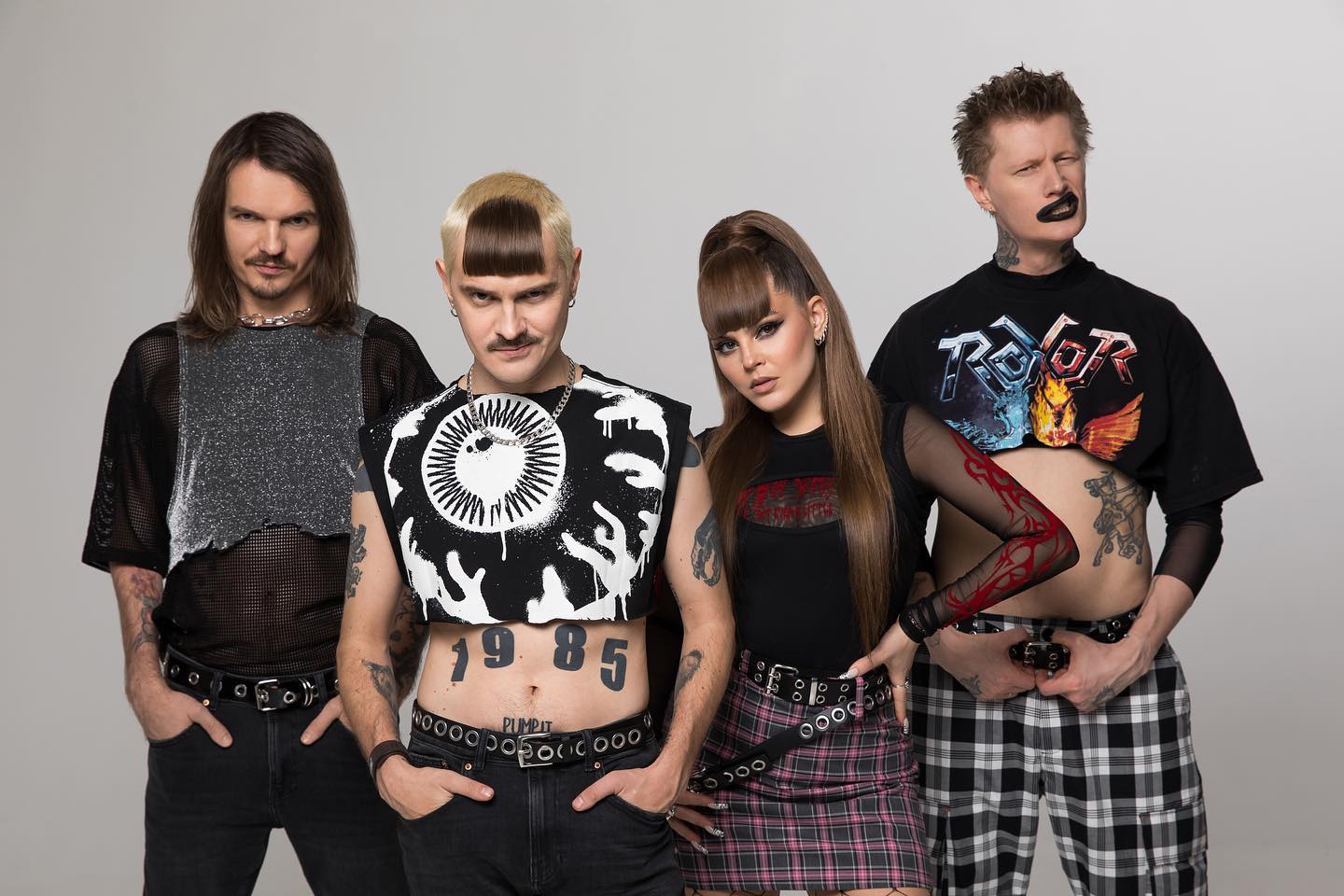 The musicians ridiculed the policy of the Russian Federation and showed the results of propaganda.

Russian punk rave band Little Big introduced a video clip for the new anti-war song Genration Cancelletion (“Generation of Cancellation”), in which in 127 seconds she showed the whole truth about the war and the influence of propaganda, showing how people are led by everything that the TV “poured” into their heads. In just six hours after being published on YouTube, over 318 thousand people watched it, putting 75 thousand likes.

“The war is not over. Stop the war in Ukraine. Stop the wars around the world. Nobody deserves a war,” the caption to the clip says. The authors themselves called the song an “anti-war manifesto”.

The script and style of the band’s new video is inspired by American musician Moby In This Cold Place, released in 2017.

The Little Big clip was made in compliance with all the traditions of outrageousness: there is a naked Ilya Prusikin with a guitar, and allegories, and the truth that cuts into the eyes. Here you can see footage where rockets destroy residential buildings, but it is not known whether they were taken from the chronicles of the Russian-Ukrainian war or somewhere else.

After the release of the new work, the band’s frontman Ilya Prusikin did statement:

“We adore our country, but we completely disagree with the war in Ukraine, moreover, we believe that any war is unacceptable. We condemn the actions of the Russian government, and we are also so disgusted by the Russian military propaganda machine that we decided to drop everything and leave from countries”. It is known that the musicians flew to the United States and are now based in Los Angeles.

Earlier, Little Big made their position against the war in Ukraine, posting on Instagram February 24 post No War (No War), and then publishing photo in T-shirts with the same signature on a yellow-blue background.

Fans of the group reacted to the bold clip with numerous comments.

“For a long time there was nothing fresh and finally a special song with a video that makes sense. What else can I say, well done Little big”, “Nature has become so clear that meaning has returned to little big’s work”, “I’m reviewing it for the fourth time. It’s just incredible how much sense can fit in 2 minutes. For me, this is your best work at the moment. Bravo and thank you so much for doing this! “,” I have an air raid siren wailing outside the window, but I’m watching the clip for the fifth time, maybe this is the first song of this group, which I listened to the end”, “To convey the essence of what is happening in the world in two minutes. Your team has tried very hard. Very good work”, “Just thank you, everything that is reflected in this clip has been sitting in my head for so long, how nice it is to realize that you are not alone in this madness that is happening around and there are still a lot of sane people,” they write under the video.

Cardi B dressed up her jumpsuit 1995

Mayzhe half of Ukrainians, as if they were flying out of the country, already turned back home

Expert: West will not lift sanctions even after the end of the special operation