Russian invaders fired at the Sumy region with phosphorus shells. About it informed head of the regional military administration Dmitry Zhivitsky.

According to him, during today’s shelling of the Yunakovskaya community, the Russians used phosphorus shells.

He also showed a video from one of the villages of the community, which the Russian army fired at phosphorus ammunition from “Gradov”. Zhivitsky recalled that the use of phosphorus munitions during the war is prohibited by the Geneva Convention.

The head of the OVA also left a memo on how to act when shelling with phosphorus shells: 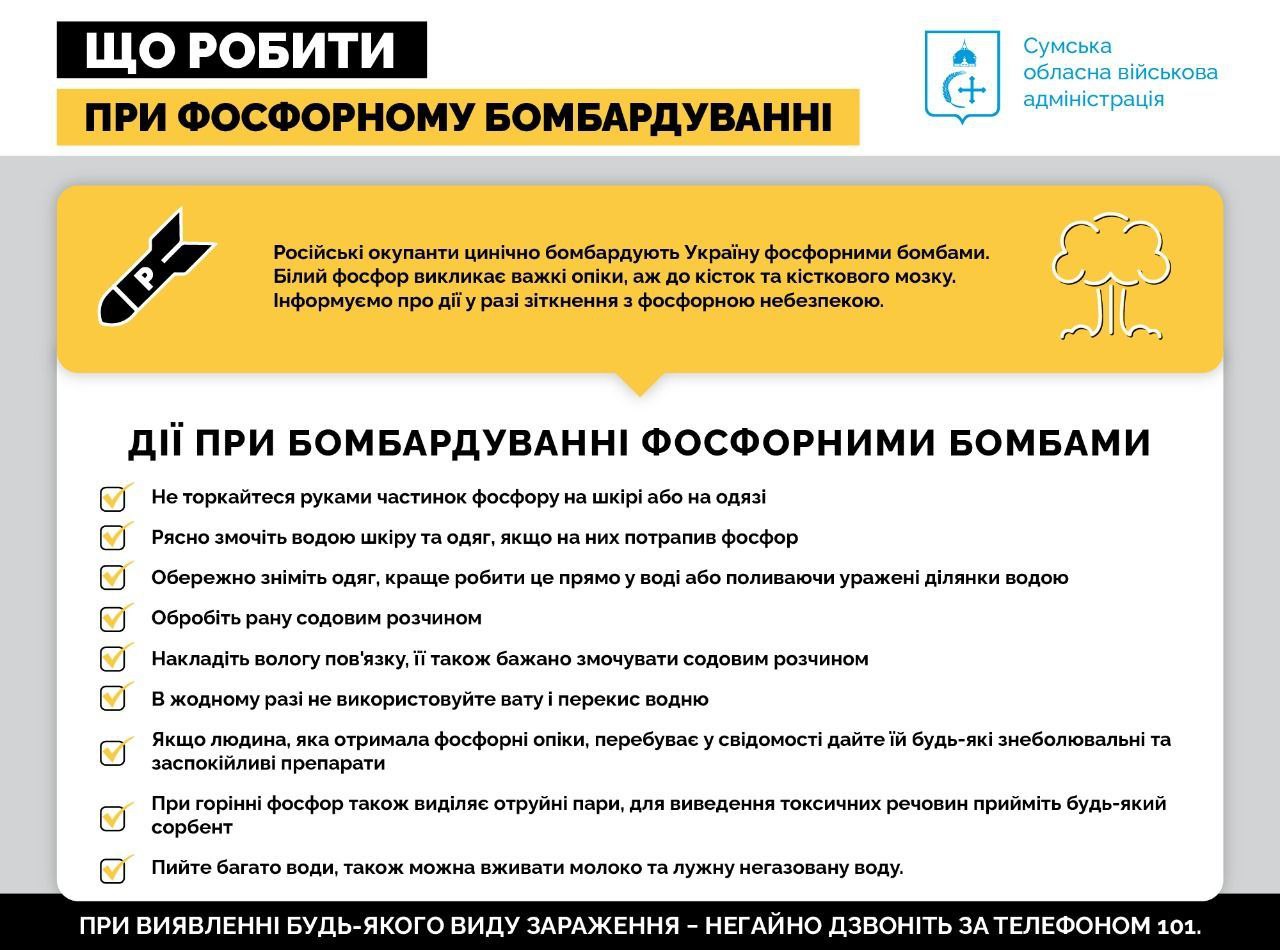 Scholz and Macron in Irpen: they talked about the heroism of Ukrainians and Russia’s war “to annihilate” – news from Ukraine, Politics

Oleksiy Reznikov rejected the possibility of surrender and urged the West to quickly give weapons – news from Ukraine, Politics