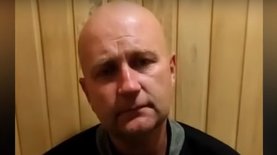 Russian military aviation is likely to have a shortage of professional pilots, and the Russian military space forces suffered significant losses during the full-scale war of conquest against Ukraine. About it writes British Defense Ministry intelligence, citing interrogation results downed occupier from PMC Wagner.

He admitted that he was a retired major of the Russian Aerospace Forces, who got a job in a PMC and made several sorties on the Su-25 before was shot down.

U.K. intelligence analysts say the use of retirees for close air support missions “indicates that the Russian Aerospace Forces are likely to struggle to support an invasion of Ukraine with sufficient crews.”

Watch the video: One of the “ghosts” of the Armed Forces of Ukraine turned to the West: We need your aircraft to win

“Probably, this is due to a combination of insufficient number of properly trained personnel in Russia and its combat losses,” according to London.

The Russian pilot was also reported to have used commercial GPS devices rather than Russian military navigation equipment in the missions. This, according to Britain, is proof that the Russian army is providing Wagner PMCs with outdated Su-25 models and does not provide modern avionics to mercenaries.

Germany showed “Panther”. The creators called the KF51 “a new tank for a new era”: video

They want to send the surviving conscripts from the destroyed “Moscow” into battle again – media – news from Ukraine, Politics

Seven main news of Ukraine and the world at 19:00 June 23 – news from Ukraine, Politics