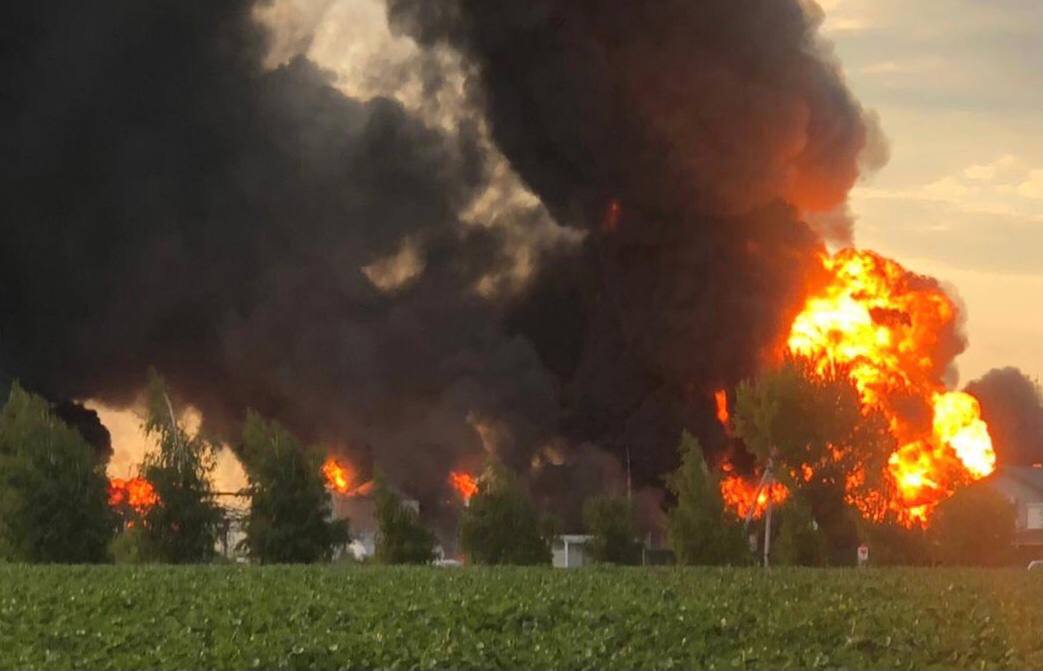 A missile attack on an object in the Novomoskovsky district occurred on June 18, as a result of the shelling, three people were killed.

On the morning of June 23, rescuers extinguished a fire at an oil depot in the Novomoskovsky district, which occurred due to missile attacks by the Russian army, informed head of the Dnepropetrovsk regional military administration Valentin Reznichenko.

“The flames were tamed for more than 108 hours,” he stressed. “But the enemy attack claimed the lives of three people, 14 were burned and injured. Eight of them are in the hospital.”

Recall that on the evening of June 18, the first reports of a powerful explosion in the suburbs of the Dnieper were received. On that day, the invaders intensively shelled the territory of the region. In the morning, an artillery strike was carried out in the village of Bolshaya Kostromka, Krivoy Rog region. In the afternoon, enemy missiles flew into Krivoy Rog. In the evening, three Russian missiles hit an oil depot in the Novomoskovsky district.

On the morning of June 19, Valentin Reznichenko reported that a fuel tank caught fire and exploded at the oil depot. As a result, one rescuer died, two were hospitalized with burns. On the same day, doctors reported the death of another injured man, whose life was fought for by resuscitators.

On June 20, Reznichenko announced that at the oil depot from the rubble they got the body of the third deceased.

Recall, on the morning of May 27 Russian Armed Forces launched a massive missile attack on the Dnepropetrovsk region from operational-tactical missile systems “Iskander-M”. The Russians aimed at the range of the National Guard of Ukraine, one rocket hit the barracks, killing at least 10 people.

Gryzlov announced the meeting between Putin and Lukashenko