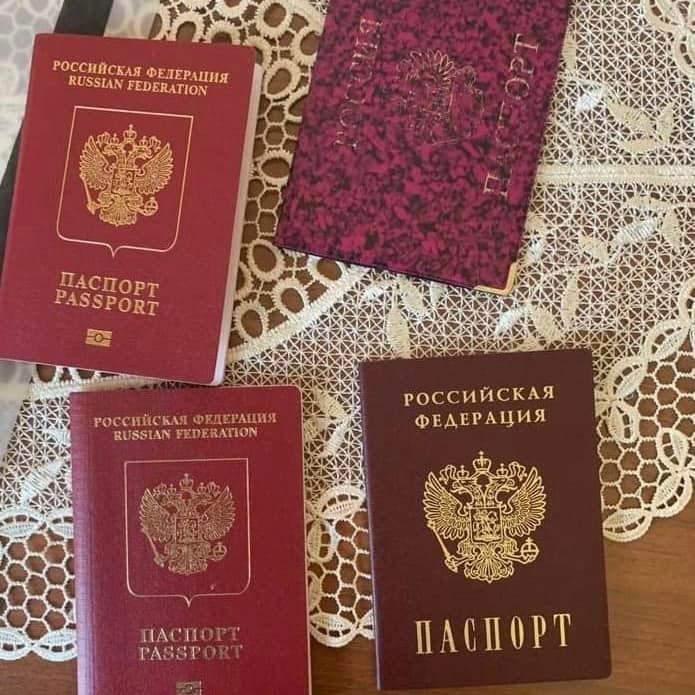 An attempt to carry out passportization of the population in the occupied region turned out to be so unsuccessful that the Russians have to distribute citizenship in the Northern Correctional Colony. In this way they try to improve their statistics.

The occupying authorities in the Kherson region are carrying out forced passportization of prisoners in the Northern Correctional Colony No. 90. This is in the final summary for June 23 tells American Institute for the Study of War (ISW).

According to military analysts, the attempt to distribute Russian citizenship to the population of the occupied region turned out to be so unsuccessful that the occupiers are trying to find other ways to do it. Now they hope to improve their stats at the expense of prisoners.

It has been previously reported that the Russian authorities intend to hold a so-called referendum on the annexation of the occupied territories of the Kherson and Zaporozhye regions on September 11 of this year. According to ISW experts, this will force proteges of the aggressor country to create the appearance of broad public support of the local population for integration into the Russian Federation.

Also, the Institute for the Study of War emphasizes that despite the spread of news about the pseudo-referendum and the need to integrate the occupied territories, the press secretary of the Russian President Dmitry Peskov stressed that the abolition of the border between the Russian Federation and Zaporozhye “is out of the question.” According to analysts, this means that the ruling circles of the aggressor country have a different vision of how exactly the occupied territories should be “integrated”.

Earlier, the Center for National Resistance reported that the occupying power in the Kherson region promised to pay 10 thousand rubles for supporting the referendum in the region and obtaining Russian citizenship. The local population continues to sabotage the issuance of Russian passports.

Recall that the rumors that Ukrainian troops have already entered Kherson turned out to be fake. Nonetheless, Armed Forces of Ukraine continue to move towards liberation cities.

Do not lie to yourself, – Schwarzenegger came to Europe, as if he did not “leak” from Russian oil

In St. Petersburg, a man was detained for rudely insulting a girl on a bus

Three children drowned in a reservoir in the Tver region