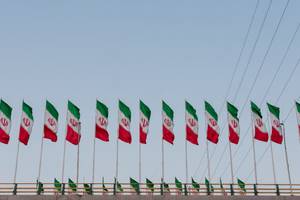 “Shadegan will be developed from next year, this is 7 million tons. This is ZN-Vostok,” TASS quotes the vice-premier.

The Shadegan oil field is located in the southwest of Iran, in the province of Khuzestan. It was discovered in 1968, oil has been produced there since 1988, the field capacity is about 70 thousand barrels per day. The development is being carried out by the Maroon Oil and Gas Production Company (MOGPC), a subsidiary of the National Iranian South Oil Company (NISOC), which is part of the Iranian state corporation NIOC.

In 2017, a memorandum of understanding with NIOC on Shadegan, as well as on the Rag Sefid field, was signed by Zarubezhneft. However, after the resumption in 2018 of US sanctions against Tehran, which prohibit, in particular, the purchase of Iranian oil, the company withdrew from all projects in the country. In October 2018, Zarubezhneft sold its subsidiary ZN-Vostok, an operator of upstream projects in Iran, to FSUE Promsyrieimport, owned by the Ministry of Energy, an organization authorized by the government to purchase Iranian oil in an oil-for-goods deal.

Alexander Novak expects ZN-Vostok and NIOC to sign relevant contracts at the end of 2022.

Gazprom became the leader in the rating of companies in terms of the amount of income tax paid (November 7, 2022)

The Large Hadron Collider was stopped ahead of schedule due to lack of energy (November 28, 2022)