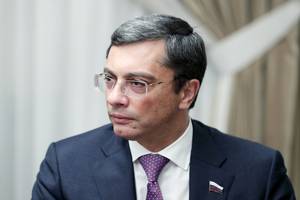 Russia is betting on achieving technological sovereignty. An important role in this context will be played by young engineers, the need for which is recorded in various economic sectors.

Vladimir Gutenev, Chairman of the State Duma Committee on Industry and Trade, First Vice-President of the Union of Mechanical Engineers of Russia, noted that the country has received a request for early training of engineering personnel, and it is actively supported by the relevant ministries. After all, this direction of development is critically important for the future of Russia.

From student to young professional

Those reserves that the Russian Federation has in a number of areas, including in the field of armaments, cannot be exploited indefinitely. New engineers are needed. “Much depends on science, education and on which of the young people chooses the appropriate USE profile for themselves, how their fate will develop in the future,” Vladimir Gutenev noted during today’s press conference “The role of young engineers in ensuring Russia’s technological sovereignty.”

He recalled that the Union of Machine Builders of Russia paid great attention to the formation of youth policy. Some all-Russian events patronized by the organization have already become traditional and take place from year to year. Among them is the largest non-state school Olympiad “Zvezda”, which was highly appreciated by President Vladimir Putin. Another important initiative was the Days Without Turnstiles, in which school graduates and their parents come to various enterprises and get acquainted with production on site.

“I would like to note that the Zvezda Olympiad unites not only schoolchildren. Sergei Shoigu once decided that many cadet corps could also take part in it. I note that in terms of the proportion of winners over the past years, the boarding house for pupils of the Ministry of Defense has been the leader, ”the head of the Duma committee emphasized.

In addition, work continues within the framework of various international events, which are also actively supported by the head of state. An example is the International Youth Industrial Forum “Engineers of the Future”, which was attended by more than 15 thousand young professionals, scientists, students and graduate students from 400 industrial companies and 85 universities.

Especially the first vice-president of SoyuzMash focused on the fact that the participants of the “Engineers of the Future” represented 73 states. “This clearly confirms that attempts to isolate our country have absolutely failed,” Vladimir Gutenev stated.

You need to get not only diplomas, but also skills

Another interesting event for future engineers will take place this month: from November 9 to 10, the All-Russian Forum “Scientific and Technological Development and the Tasks of Global Leadership” will open its doors, which will be held on the basis of the Moscow Aviation Institute (MAI).

“The objectives of scientific and technological development and global leadership are closely linked. It is impossible to ensure scientific and technological development if you are not focused on the competitiveness of products in the world market. In this sense, I am an active supporter of the need to form a new environment for interaction between industry, the education system and the scientific community. So that the ground and the basis for the competitiveness of our economy are created, ”said Mikhail Pogosyan, rector of the Moscow Aviation Institute, member of the Bureau of the Union of Mechanical Engineers of Russia.

He noted that the issue of personnel training is one of the key ones. Today there is a real struggle for young talents. Holding various youth events helps to show the perspectives that young people have in various industries.

“MAI forms a platform not only for training students, but also aims at comprehensive advanced training programs. We already have a number of projects with Rostec and Roskosmos. And attracting young employees of enterprises, students of different courses to solve specific problems is the trend that gives noticeable results. The competition at MAI is constantly growing. We offer to receive not only a diploma, but also practical skills in the framework of the implementation of joint projects, long-term development prospects,” Mikhail Poghosyan emphasized.

“We are now at the starting point of forming new priorities for young people, and this is by no means caused by the opportunity to get a reservation at defense industry enterprises, but by an understanding of what knowledge will be in demand, what knowledge will be competitive. And these are engineering titles,” Vladimir Gutenev confirmed.

“The youth of today are motivated. Recently, the priorities of technological independence have increased the prestige of the engineer, many are really interested in the implementation of new projects, and not just in career growth. We see that the level of the average USE score at MAI has increased by 15 points over the past 5-6 years. Motivated guys come to us. Young people feel the need for developments,” Mikhail Pogosyan concluded.

The yuan began to displace world currencies from currency pairs with the dollar (October 28, 2022)

The number of detected counterfeit banknotes has halved (October 26, 2022)