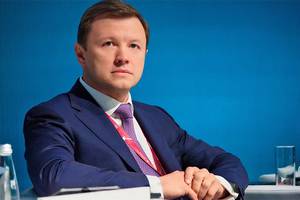 The site of the former industrial zone “Malino”, located in Zelenograd, is being reorganized as part of the program for the integrated development of territories (KRT). The preliminary volume of investments is estimated at 30 billion rubles, the Deputy Mayor of Moscow for Economic Policy and Property and Land Relations announced on November 11 Vladimir Efimov with reference to the draft decision published on the website of the city government.

He clarified that we are talking about an area of ​​17.7 hectares, located between the railway of the Leningrad direction, Zavodskaya street and Georgievsky prospect. At the moment, it houses garage complexes, car repair shops and warehouses. “More than 360 thousand square meters will be built there. meters of real estate, including public, business and sports facilities. Thanks to this, over five thousand new jobs will appear in the city,” said Vladimir Yefimov.

According to the vice-mayor, the volume of investments in the project will be about 30 billion rubles (in current prices). “The expected budget effect is 1.7 billion rubles a year,” he added.

The project investor has not yet been selected. As clarified in the Moscow City Hall, the redevelopment of the territory will be able to be carried out by property owners, a city operator or a developer who will receive this right based on the results of the auction. In the last two cases, the owners of real estate located on this site are compensated for its market value.

Within the framework of the KRT program, it is planned to build 168 thousand square meters of housing here. Of these, about 16 thousand – under the renovation program, said the Minister of the Government of Moscow, head of the department of city property Maxim Gaman.

There will also be social, business and sports facilities, as well as a technopark. The total area of ​​their construction will be 195 thousand square meters, added Maxim Gaman. Including, this is a kindergarten for 200 pupils, a school for 400 students and a center for the development of children’s creativity. “A fire station and a sports and recreation complex with a swimming pool and a hall for extreme sports will also be built there, which will be part of the shopping and entertainment complex,” he said. Additionally, according to the project, a technopark, offices, shops and family cafes can be built in Malino.

Recall that the CRT program was developed by the Moscow authorities as a way to involve abandoned or inefficiently used city lands into economic circulation. The total investment in it is estimated at 7 trillion rubles, the budget effect is 3 trillion. The authorities of the capital signed the first agreement on KRT in 2020, on the transformation of the Oktyabrskoye Pole industrial zone. At the moment there are more than 10 of them.

The Central Bank is at risk of missing the target (November 8, 2022)