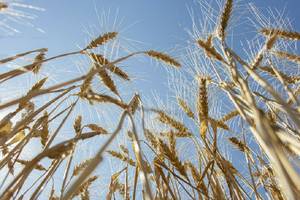 After the attack of Ukrainian drones on the ships of the Black Sea Fleet in Sevastopol, Russia temporarily suspended the implementation of the “Black Sea Initiative” to export Ukrainian agricultural products.

Military expert Andrei Koshkin spoke about what this will lead to and how it will affect the Kyiv regime and the UN in an interview with the Public News Service.

According to Koshkin, it was these civilian ships that ensured the safety of the grain passage and attacked them from the Ukrainian side, using this passage and the ships that exported the grain.

The expert believes that if the UN was so worried about stopping hunger on the planet, due to the release of grain, then now let it force Kyiv to comply with the requirements of this agreement.

“Otherwise, what was the point of signing this agreement if neither the UN nor Ukraine is fulfilling it?” Koshkin asks.

In this regard, he recalled that the West was supposed to unblock Russian dry cargo ships and the world market for Russian agricultural products and fertilizers, but did not.

“Russia managed to get out of the current situation, and the security assigned to Russian ships is now being removed. And now our country has the right to inspect any dry cargo ship. In other words, the grain deal will not be able to exist, and all attempts by Kyiv and the UN to bypass are fraught with the fact that they will soon cease to function, ”summed up the military expert.

As before wrote “Expert”according to the head of the presidential press service, Dmitry Peskov, without the participation of Moscow, a deal to export grain from Ukrainian ports is hardly feasible.

“In conditions when Russia talks about the impossibility of guaranteeing the safety of navigation in these areas, such a deal is hardly feasible, and it takes on a different character: much more risky, dangerous and unguaranteed,” the Kremlin spokesman emphasized.

Speaking about the impact of the current situation on the course of the conflict, Peskov noted that by his actions Kyiv provoked the failure of the deal, undermining the atmosphere of guaranteed security.

Red Wings Airlines increased the range of SSJ100 flights by one and a half times (November 25, 2022)

The former head of the Israeli intelligence service spoke about a powerful weapon that will allow the Russian army to win (November 25, 2022)

Passenger traffic at Minvod Airport has increased by more than a quarter in 10 months (November 3, 2022)