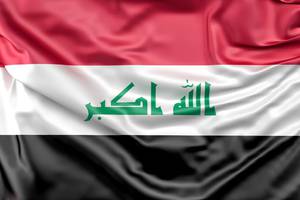 The trade turnover between the Russian Federation and Iraq for eight months of this year reached $313 million, exceeding the figures for the entire last year, Ilya Lobov, economic adviser to the Russian Embassy in Iraq, said in an interview with RIA Novosti.

“Over the eight months of this year, the trade turnover between Russia and Iraq has already exceeded the figures for the entire last year. In value terms, this is 313.1 million US dollars, while in 2021 our mutual trade reached 282.7 million dollars. Compared to the year before last, here we generally record a multiple increase of 2.5 times,” said Lobov.

The positive dynamics, according to him, was influenced by a significant increase in the volume of purchases of Russian sunflower oil, wheat flour and animal feed.

The diplomat also noted that energy is a priority area of ​​economic partnership between the countries — the total amount of Russian expenditures and investments in this industry exceeds $14 billion. . It is already being implemented by the Russian Industrial Consortium in the interests of the Iraqi Ministry of Industry and Mineral Resources.

Lobov said that soon cooperation is also possible within the framework of small projects to create low-power research reactors, as well as non-energy applications of nuclear technologies in medicine, agriculture and water desalination. Rosatom and the Iraqi Agency for the Control of Radioactive Materials, he said, are already preparing to sign a memorandum of understanding and cooperation in the field of non-energy applications of nuclear technologies for peaceful purposes.

Demand for apartment rentals has fallen sharply in Moscow (October 27, 2022)