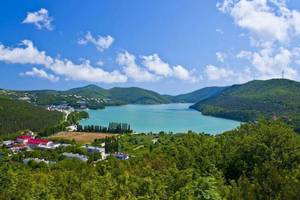 Due to climate change, the share of the most favorable comfort zone in Russia has decreased by five times compared to the late Soviet period. If in 1961-1990 it was at the level of 2%, then by the 2010s it decreased to 0.4%, Gazeta.Ru reports, citing data from the National Research University Higher School of Economics.

“On the one hand, over the past 30 years, natural and climatic conditions have become more favorable in most of Russia, primarily in the sparsely populated regions in the north and east. Warming here has been associated with lower energy costs for heating, less impact of cold on human health and comfort, and increased forests and crops (with sufficient moisture and good management). At the same time, the growing extremeness and aridity of the climate led to a deterioration in living conditions in the south of the European part of Russia and in the Volga region. This was especially noticeable in the 2010s due to a string of droughts,” the study says.

In general, according to scientists, over 30 years, climate change has affected the lives of more than 30 million Russians, but people continue to migrate from the north and east of Russia, as they think, to a more favorable zone. It traditionally includes metropolitan agglomerations (Moscow and Moscow region, St. Petersburg and Leningrad region), as well as Belgorod and Rostov regions, Krasnodar Territory, Adygea and Crimea. At the same time, scientists warn that living conditions in these regions will continue to deteriorate.

The degree of comfort is an integral indicator, which is based on the analysis of 30 environmental parameters: climate continentality, duration of periods with different air temperatures, water supply for the population, the presence of hazardous natural phenomena (seismicity, floods and floods, avalanches, mudflows), the presence of natural prerequisites for diseases and conditions for their manifestation, the leading pathology in various population groups, etc.

“Tasty – that’s it” will launch delivery in Krasnodar through the Broniboy service in early December (November 25, 2022)

Muscovites will be able to get to the MCD-1 station “Workers’ settlement” through the underground passage – Ovchinsky (November 1, 2022)

In Russia, they proposed a replacement for the Central Bank (October 27, 2022)