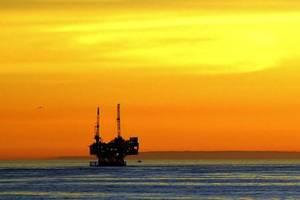 The administration of US President Joe Biden is reviewing the possible conditions for introducing a limit on oil prices from the Russian Federation in the direction of mitigation.
Writes about it Bloomberg.

US authorities are winding down an “ambitious” plan to cap Russian oil prices in its original form amid investor skepticism and growing risk in financial markets driven by oil price volatility and runaway inflation, the agency said.

Most likely, Washington and Brussels will agree to a looser cap policy and a higher price than the original, tougher scenario suggested, the article says.

It is noted that at the moment only the G7 and Australia support restrictions on oil prices from the Russian Federation. South Korea may join these countries; New Zealand and Norway are now trying to attract cooperation. India and China – the main partners of Russia – will definitely not participate in this, the material emphasizes.

Energy prices, especially oil and gasoline, play a huge role in the US midterm elections, which will determine the control of Congress, the authors of the article state.

In September, the G7 countries approved the idea of ​​introducing a price ceiling for Russian oil, hoping to limit Moscow’s budget revenues. From December 5, Western companies will be able to service and insure tankers with oil from the Russian Federation, receiving exemption from the embargo only if it is purchased at a price below a certain ceiling. Restrictions for petroleum products will come into force on February 5 next year.

Companies that insure Russian oil cargo at prices above the cap will be subject to new EU sanctions, which include a ban on shipping and a ban on ships from accessing European services for all oil, regardless of its origin, if the tanker is carrying Russian oil sold at a price above the limit. This should motivate buyers to comply with the restriction. However, according to Bloomberg, a number of experts believe that leverage is not enough, since Russia can access alternative courts and insurance services, as well as retaliate by refusing to export to customers that comply with the restriction.

The KRT program improves the efficiency of the use of the capital’s territories of former industrial zones – experts (November 9, 2022)