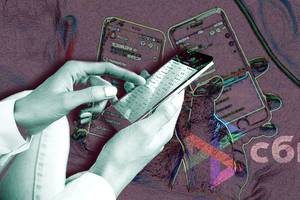 In the third quarter of this year, 22 million Russians used the Faster Payment System (FPS) 112 million times to pay for purchases and services. This is more than for the entire previous period of the system’s operation, the Central Bank reported. In addition, 55 million citizens of the Russian Federation in July-September made 727 million transfers in the SBP for almost 3.7 trillion rubles.

“In total, in July-September, 22 million citizens paid through the SBP, which is 18 times higher than in 2021. The total volume of transactions in the system since the beginning of the year – both payments and transfers – has overcome the bar of 9 trillion rubles, while for the entire last year it amounted to 5 trillion rubles, ”the press service of the Central Bank specified.

According to the regulator’s statistics, in July-September, one user on average made more than 14 transactions in the FPS, while in Q3 2021 this figure was 8.

The number and amount of transfers made through the FPS increased by 26% and 27%, respectively, compared to the previous quarter. The average transfer amount reached 5 thousand rubles. In total, in the third quarter of 2022, about 55 million citizens made 727 million transfers in the SBP for almost 3.7 trillion rubles.

The number and amount of purchases of goods and services made in the SBP increased even more – compared to the previous quarter, they increased by 1.7 times. In total, in the third quarter, more than 22 million citizens of the Russian Federation paid through the SBP for 112 million purchases worth 214 billion rubles. According to the Central Bank, one buyer on average paid five purchases through the SBP, which is 2.5 times more than in the same period last year.

212 banks are now connected to the system, the number of trade and service enterprises accepting payment through the SBP has reached 452,000 (+25% compared to the previous quarter). Moreover, nine out of ten such enterprises are SMEs.

In addition, according to the Central Bank, there is a growing demand for transfers through the SBP from legal entities to individuals (for example, insurance payments, from brokers, and others). The number and amount of such payments increased four and three times as compared to the second quarter, respectively. In total, according to the results of the third quarter, almost 1 million citizens received more than 1.9 million payments through the SBP in the amount of about 15.6 billion rubles.

Peskov: an increase in the period of compulsory military service is not discussed yet (November 3, 2022)

Japanese tire manufacturer Bridgestone has started looking for a buyer for its Russian assets (October 31, 2022)