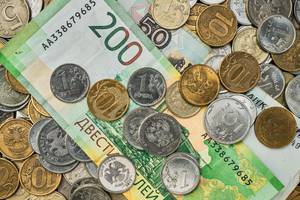 In the banking system of Russia in the third quarter, 4,516 counterfeit banknotes were detected, which is half as much as in the same period in 2021. Almost two-thirds of the counterfeits accounted for five-thousand banknotes, while counterfeit coins were also revealed: 60 ten-ruble, 19 five-ruble and two ruble, according to the website of the Central Bank.

The largest share among currency counterfeits is occupied by counterfeit dollars – 263 out of 388 banknotes identified. In addition, in July-September this year, 122 counterfeit euros, two counterfeit yuan and one pound sterling were discovered.

Specialists of the educational project of the Central Bank “Financial Culture” in their Telegram channel named the main features by which one can determine the authenticity of a banknote.

“Now most often there are banknotes of 2004 and younger, the rest gradually deteriorate and go out of circulation. All new banknotes have common signs of authenticity that can be checked with the naked eye: watermarks and a security thread with the denomination of the banknote are visible through the light; The inscription “Ticket of the Bank of Russia” is convex – this is checked by touch; hidden symbols “PP” or the sign of the ruble in plain areas can be seen if you tilt the banknote and look at it at an acute angle, ”the Central Bank explained.

The most frequently counterfeited 5,000 note also has its own special security features. In particular, it is the iridescent coat of arms of Khabarovsk: when the banknote is tilted, a bright shiny stripe rolls over it. There is also an additional watermark – a portrait of N. N. Muravyov-Amursky. In addition, the security thread on the front side shimmers: when the banknote is tilted, the individual digits of the number 5,000 “dance”. There are also red and green moire stripes on a plain field, visible when tilted. There is also a microperforation in the form of the number 5,000, which can be seen through the light below the coat of arms of Khabarovsk, embossed strokes along the edges and the emblem of the Bank of Russia, convex to the touch. The serial number of the banknote has digits of different heights: the digits of the number on the left side of the banknote gradually increase from left to right.

Musk ripped off the mask: businessman ‘tightens the screws’ on Twitter (November 11, 2022)

Shares of gold miners are in demand again (November 9, 2022)