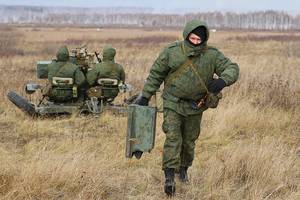 State Duma deputies proposed to equalize the lifting of mobilized from different regions of Russia at the expense of the federal budget. In a letter addressed to Prime Minister Mikhail Mishustin, a request was made to compensate the regional budgets for the corresponding costs, given that a one-time payment to those who were called up during partial mobilization or decided to take part in the SVO voluntarily will be at least 195 thousand rubles.

Oksana Karpenko, Associate Professor of the Faculty of Economics at the People’s Friendship University of Russia, noted in a comment to Expert that 195,000 rubles is the so-called basic payment due to all citizens, regardless of their region of residence.

“Some regions, on their own initiative, pay extra to the mobilized. The specific amount is set by the regional authorities independently. So, for example, in the Irkutsk, Omsk, Tula, Murmansk regions, mobilized people receive an additional payment in the amount of 100 thousand rubles. In the Crimea, Sevastopol – 200 thousand rubles. In Moscow, they decided to immediately make payments monthly, it is assumed that they will amount to 50 thousand rubles each, ”the expert clarified.

In fact, this differentiation is due to the fact that the support of the ruble was given at the mercy of the regional authorities. Opportunities are different for every region. The budget of many subjects of serious overspending simply cannot afford. However, what does this mean for people going to the NWO zone? Sevastopol residents, Muscovites and, for example, Omsk residents will take the risk equally. So leveling at the expense of the resources of the center is a completely logical idea. The only question is if the center itself has the resources for this.

Of course, the measure of support formulated in the letter of United Russia deputies to the head of the Cabinet of Ministers is far from the first and obviously not the last one proposed by deputies, senators and simply caring citizens. The government regularly takes more and more new decisions aimed at covering the rear of those who participate in the NWO, including financially.

In particular, on October 29, the Cabinet clarified the rules for assigning social support measures to the families of mobilized citizens. The relevant decree notes that the income of those who were called to participate in the SVO will not be taken into account when assessing the need of their families to receive social support measures.

“State assistance is received by families in which the average per capita income is less than the subsistence minimum per person in the region. We are talking about such support measures as benefits for pregnant women registered in the early stages of pregnancy, monthly payments for children from 3 to 7 years old inclusive and from 8 to 17 years old, payments in connection with the birth (adoption) of the first or second child, social contract,” the government website said in a statement.

It is worth noting that if the average subsistence minimum for the country is 12,274 rubles, then again, it varies by region. For example, in Moscow it, per capita, is 18,714 rubles. And in Penza – 10038 rubles. However, of course, at least some benefit is better than none at all.

One way or another, the Ministry of Finance, when calculating the coverage of state support measures for the next three years, speaks of almost 10 million potential recipients. From 2023, a universal monthly allowance will be launched for low-income families with children under 17 and pregnant women. More than 3.5 trillion rubles have been allocated to the budget for these purposes.

At the same time, according to Oksana Karpenko, the adopted resolution will generally not affect the total number of recipients of state support. “The number of recipients of targeted support in the form of social benefits for the poor will not undergo significant changes, since the average per capita income per family member that has not changed is calculated when assessing need,” the expert noted.

However, it is not only benefits and lump-sum payments that are important. Still, support a priori should not be limited to money. According to an associate professor at the Faculty of Economics of the Peoples’ Friendship University of Russia, the so-called non-monetary benefits are the most undeveloped area.

“Such benefits include the granting of the right to extraordinary provision of places in kindergartens, free two-time school meals for mobilized children, and the provision of benefits for the payment of housing and communal services. The regions should also consider the possibility of providing mobilized families with land,” said Oksana Karpenko.

Local regions are already taking similar measures. But the scale of assistance depends on the creativity of the leadership of the subjects, their immersion in the problems of the population and, of course, on financial capabilities. As a result, intangible support takes different forms.

For example, in Udmurtia, the organization of vocational training, assistance in finding a job and even starting your own business were added to the package of measures. In Ingushetia, in addition to registering children in kindergartens without a queue and hot meals for schoolchildren, they introduced free provision of medicines prescribed by doctors to the parents of the mobilized. Unemployed family members are also helped to find work. In the Tula region, it was proposed to register the marriages of mobilized people online. And in Yakutia, the registry offices have already switched to a round-the-clock mode of operation in order to marry those who are called up for partial mobilization with their chosen ones.

“Any measures to support the mobilized are relevant. Those who go to the front must feel the support of the state and society. In addition to the financial component, the ideological component is also important. We need a declaration of the priority of supporting front-line soldiers, we need a special social standard of attitude towards them and their needs, ”said Mikhail Churakov, director of the Social Mechanics Center for Humanitarian Technologies and Research, in an interview with an Expert correspondent.

“Based on my own six-month experience of helping the troops, I can say that a sense of all-roundness, not limited by formal norms of moral and organizational support, is extremely important,” he added.

It remains to be added that tomorrow Russian President Vladimir Putin will hold a regular meeting with members of the government’s Coordinating Council to meet the needs of a special military operation. And, probably, it would be advisable for the range of issues related to both material and non-material support to the participants in the special operation in Ukraine to be under constant close control of this body.