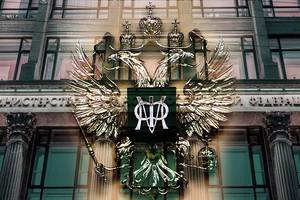 A week earlier, on October 26, the Ministry of Finance held similar unlimited auctions. The total volume of OFZ placement amounted to 177.56 billion rubles, and the total demand reached 337 billion rubles, which is the best result since April 2021. A week earlier, at two auctions held on October 19, OFZs were placed for a total of 50 billion rubles. Thus, the Ministry of Finance for three auction days (October 19 and 26, November 2) was able to attract 394.53 billion rubles, having exceeded the quarterly plan for placement of government bonds by more than 2.6 times. The agency planned to place OFZs with a total volume of up to 150 billion rubles at par value in the fourth quarter of 2022.

The fate of the pound will be decided by politics, the dollar and Sunak (October 27, 2022)

Oil and gas supplies from Baku called a “Trojan horse”, which Russia presented to Europe (November 26, 2022)

Action of the week: “Children’s World” lights up like an adult