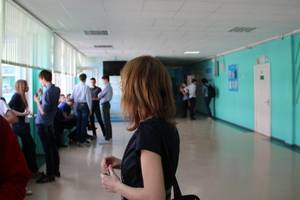 Classes in basic military training (CMP), which will appear in Russian schools as early as the next academic year, will be extracurricular.

This was reported by the press service of the Ministry of Education of the Russian Federation.

“An extracurricular module on basic military training will be prepared for Russian schools and will be introduced into educational programs from the next academic year,” the message says.

It is clarified that the draft federal program of the subject “Fundamentals of Life Safety” presents two options for programs, one of which is focused on specialized cadet classes.

The department noted that at the moment the modules on the NVP are already included in the curriculum of the subject “Fundamentals of Life Safety”: during the lessons, schoolchildren discuss the rights and obligations of a citizen during conscription and military service, and also study issues of military professional activity .

Former Minister of Education of the Russian Federation Sergey Kravtsov reportedthat the CWP course will be available in schools from the next academic year. The day before, on November 8, it became known that the Ministry of Defense was in favor of returning the NVP to schools. The department recommended that at least 140 hours be devoted to this discipline in high school.

Peskov said that the outcome of the elections to the Congress will not affect relations between Moscow and Washington (November 9, 2022)