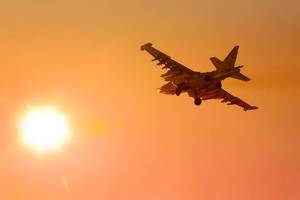 Over the past 24 hours, Russian servicemen have successfully repelled attacks by the Armed Forces of Ukraine in the Kupyansky, Krasno-Limansky and Nikolaev-Krivoy Rog directions, a Ukrainian MiG-29 was shot down and ammunition depots in the Kharkov region and the DPR were destroyed, said the official representative of the Russian Defense Ministry, Lieutenant General Igor Konashenkov.

“In the Kupyansk direction, as a result of the active actions of the Russian troops, two reinforced companies of the Armed Forces of Ukraine and a unit of foreign mercenaries were defeated in the areas of the settlements of Timkovka, Ivanovka, Tabaevka and Krakhmalnoye of the Kharkov region. More than 70 Ukrainian servicemen and militants, one tank, two infantry fighting vehicles, two armored personnel carriers and ten vehicles were destroyed. In the area of ​​the village of Staroverovka, Kharkiv region, two installations of the American HIMARS multiple launch rocket system, four tanks, 15 vehicles, a missile and artillery weapons depot, and 43 Ukrainian militants were destroyed by a missile strike,” Konashenkov said.

In the Krasno-Limansky direction, according to him, the Russian Armed Forces repulsed the attacks of an enemy tank and motorized infantry company in the direction of Chervonopopovka of the LPR, while destroying more than 70 Ukrainian servicemen, four tanks, two infantry fighting vehicles and three pickup trucks.

Also, according to the Ministry of Defense, five attacks by company tactical groups in the Nikolaev-Krivoy Rog direction were repulsed. As a result of the successful actions of the Russian units, the enemy was thrown back to their original positions, their losses amounted to: 60 personnel, 17 armored combat vehicles and 12 vehicles. Russian drones also managed to destroy a Buk-M1 self-propelled firing system and two American M777 howitzers in the Kherson region.

The representative of the Ministry of Defense noted that over the past day, the Russian military hit nine command posts of the Armed Forces of Ukraine, 68 artillery units in firing positions, manpower and military equipment in 189 districts. Two ammunition depots were destroyed near Novoaleksandrivka, Kherson region, and Kolodezi, DPR. In an air battle, a MiG-29 aircraft of the Ukrainian Air Force was shot down. During the day, Russian air defense systems destroyed 14 Ukrainian drones, shot down nine shells of the American MLRS “HIMARS” and eight American anti-radar missiles “HARM”.

“Everything is in our hands”: Putin outlined key tasks in the defense industry and related industries (November 26, 2022)

More than 200 million rubles were invested in the production of domestic plastic pallets in the Moscow SEZ (October 31, 2022)