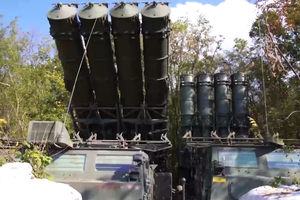 “In the Kupyansk direction, the battalion tactical group of the Armed Forces of Ukraine, reinforced by the formation of nationalists, tried to attack the positions of Russian troops on a narrow section of the front in the direction of the Novoselovskoye LPR settlement. Army aviation strikes, heavy flamethrower systems, artillery fire and active actions of the Russian troops, the enemy units were stopped. They are hit by fire. In addition, the enemy, using the forces of a company tactical group, made an attempt to attack Russian positions in the area of ​​​​the settlement of Kotlyarovka, Kharkov region. As a result of inflicting fire damage on the advancing units of the Armed Forces of Ukraine, the attack was thwarted. Up to 200 Ukrainian servicemen, 8 tanks, 9 armored combat vehicles and 8 pickup trucks were destroyed in this direction in a day,” Konashenkov said.

In the Krasno-Limansky direction, according to him, an attack by two battalion tactical groups was thwarted, as a result of Russian artillery and army aviation strikes, up to 250 Ukrainian servicemen and nationalists, two tanks, four armored combat vehicles, Grad MLRS, and a self-propelled artillery installation were destroyed and 12 cars. In addition, in the Krasny Liman area of ​​the DPR, about a hundred militants of national formations and foreign mercenaries, including about 40 mercenaries from the United States, Great Britain and Poland, as well as 10 armored fighting vehicles, were eliminated by a precision strike by the Russian Aerospace Forces.

The representative of the Ministry of Defense also said that in the South Donetsk direction, the Russian military destroyed up to 70 enemy servicemen, one tank, infantry fighting vehicles, four pickup trucks and two US-made M777 howitzers. Two attacks of a motorized infantry company of the Armed Forces of Ukraine were suppressed in the Nikolaev-Krivoy Rog direction, the enemy was thrown back to their original positions, his losses amounted to more than 50 military personnel, 8 armored combat vehicles and 10 vehicles. In addition, with the help of loitering ammunition, two self-propelled artillery mounts of the Armed Forces of Ukraine were destroyed in the Novopetrovka area of ​​the Kherson region.

In total, over the past day, according to the Ministry of Defense, the command post of the 72nd mechanized brigade of the Armed Forces of Ukraine, 67 artillery units in firing positions, manpower and military equipment in 184 districts were hit. Near the city of Zaporozhye, Russian servicemen destroyed an ammunition depot of the 65th mechanized brigade of the Armed Forces of Ukraine, and in the region of Krasnoarmeisk of the DPR, a missile and artillery weapons depot, which contained 120 rockets of the American HIMARS multiple launch rocket system, 250 rockets of the Smerch multiple launch rocket system “and two transport-loading vehicles. Russian fighter jets shoot down Ukrainian drone
over the island of Dzharylgach, Kherson region.

In addition, during the day, Russian air defense systems shot down 16 UAVs of the Armed Forces of Ukraine, intercepted eight rockets in the air, including six shells of the American HIMARS multiple launch rocket system, two Alder rockets, one American anti-radar missile “HARM” and one ballistic missile “Tochka-U”.

Peskov assessed the possibility of resuming negotiations between Moscow and Kyiv (November 7, 2022)

In the USA, they talked about the reason for the start of the Russian special operation in Ukraine (October 27, 2022)