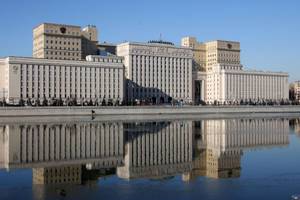 The Ministry of Defense of the Russian Federation announced new successes achieved by the RF Armed Forces during a special military operation in Ukraine.

As the official representative of the department, Lieutenant-General Igor Konashenkov, said at a briefing on November 3, over the past 24 hours, operational-tactical and army aviation, missile troops and artillery of the RF Armed Forces in the areas of Mirolyubovka (Kherson region) and Zvanovka (DPR) hit the control points of the 128th Mining -Assault Brigade and the 115th Territorial Defense Brigade of the Armed Forces of Ukraine, as well as 96 artillery units in firing positions, manpower and military equipment in 158 districts.

In the Nikolaev-Kryvyi Rih direction, Russian troops repelled 5 attacks by motorized infantry companies of the Armed Forces of Ukraine in the direction of the settlements of Ishchenko, Sukhanovo, Mylovoe and Bruskinskoye (Kherson region). As a result of the fire defeat and decisive actions of the Russian military, the enemy was driven back to their original positions. His total losses here amounted to more than 80 Ukrainian servicemen killed and wounded, 6 armored combat vehicles and 7 vehicles for various purposes.

In the Yuzhno-Donetsk direction, the Armed Forces of Ukraine attempted to counterattack in the direction of the settlements of Rovnopl and Nikolskoe (DPR) in order to stop the advance of Russian troops. Enemy units were stopped by Russian artillery fire, assault and army aviation strikes and dispersed in the areas of the settlements of Novoselka and Vodiane (DPR). About 80 Ukrainian servicemen, 3 infantry fighting vehicles and 2 vehicles were destroyed.

In the Kupyansk direction of the Armed Forces of Ukraine, two companies of foreign mercenaries attempted to attack the positions of the RS of the Russian Federation in the direction of the Novoselovskoye settlement (LPR). All enemy attacks were repelled. More than 130 militants and Ukrainian servicemen, 3 tanks, 2 combat vehicles and 2 Humvee armored vehicles were destroyed.

In the Krasno-Limansky direction, the Armed Forces of Ukraine tried to advance with three reinforced battalions in the direction of the villages of Makeevka, Ploschanka and Chervonopopovka (LPR). Russian troops pushed the enemy back to their original positions.

The Russian Armed Forces defeated the Ukrainian reserves in the areas of the settlements of Terny and Kirovsk in the territories controlled by Kyiv (DPR). Here, the enemy’s losses amounted to more than 200 Ukrainian servicemen killed, over 120 wounded, 4 tanks, 9 armored fighting vehicles and 8 vehicles.

As before wrote “Expert”, at a briefing on November 2, the Ministry of Defense of the Russian Federation reported operational data on the progress of the special operation. In particular, Igor Konashenkov said that over the past 24 hours, operational-tactical and army aviation, missile forces and artillery of the RF Armed Forces had hit the command post of the 15th regiment of the National Guard of Ukraine near the settlement of Kirovsk (DPR).

The scientist warned about the transition to global cooling in Russia (November 26, 2022)

Vladislav Ovchinsky: The capital manufacturer will increase the output of electrical installation products by 1.5 times (October 27, 2022)