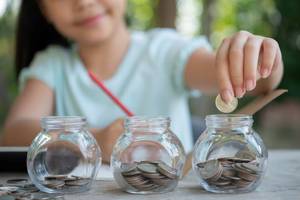 According to the results of the third decade of October, the average maximum rate of the top 10 Russian banks on ruble deposits of individuals was 6.84%. Compared to the second decade, it increased by 0.05%, and over the month – by 0.3% (from 6.54%), follows from the data published on the website of the Central Bank.

The banks whose data the Central Bank uses to monitor rates include Sberbank, VTB, Tinkoff Bank, Raiffeisenbank, Gazprombank, Credit Bank of Moscow, Alfa Bank, Promsvyazbank, Rosselkhozbank, and FC Otkritie Bank. The Central Bank does not take into account rates with interest capitalization, deposits with additional conditions, as well as deposits, the term of which is divided into periods with different rates.

The Ministry of Defense of the Russian Federation spoke about the successes in the Kupyansky, Artemovsky and Krasno-Limansky directions (November 28, 2022)

Power supply disrupted as a result of sabotage was partially restored in the Kherson region (November 7, 2022)