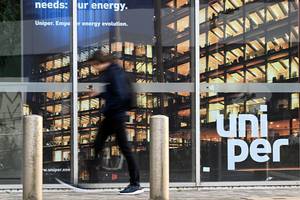 In the first nine months of 2022, German energy giant Uniper lost a total of 40 billion euros. Not the only, of course, but the main reason is that instead of cheap Russian gas under long-term contracts, Uniper is now forced to buy gas to supply the population and businesses with it on the spot market at very high prices.

The energy crisis hit Uniper perhaps harder than the rest of the German energy companies. Mainly because, we recall, for several years it was considered the largest importer of gas from Russia in Europe. In order for the company not to go bankrupt, Berlin had to nationalize it. So, by the end of 2022, Uniper should become a state-owned company.

The financial director of the company, Tiina Tuomela, explains the huge losses by the fact that the company did not shift the increased gas purchase costs to consumers, i.e. the entire population of Germany. Now, she adds, the company urgently needs government stabilization assistance. It is defined in total in the amount of approximately 30 billion euros.

A quarter of the reported losses, 10 billion euros, were losses from gas already purchased on the spot market, and approx. 31 billion – losses from future purchases. The adjusted net loss in January-September 2022 amounted to 3.2 billion euros. The company’s shares have already fallen by 93% this year. Astronomical gas prices in 2022 nearly wiped the company out of cash and raised its net debt to 10.9 billion euros.

Uniper receives loans through the state bank KfW. The company has already received 14 billion of the 18 billion euros allocated for loans.

Now energy and gas prices in Europe have dropped significantly, but Uniper believes it’s too early to take a breath, because the relief is temporary and is caused by a warm autumn and the almost complete filling of underground gas storage facilities.

In October, losses, according to Tiina Tuomela, decreased to almost 0. Meanwhile, in August, which was the peak of gas prices in Europe, they amounted to more than 100 million euros daily.

“This, of course, is a positive thing,” she said, “but we understand that it is temporary.”

By the end of the year, Uniper expects significant losses. A more detailed forecast is not possible due to the strong uncertainty about what gas supplies will be next year.

By the way, helping a company in distress in Germany is not easy. It must first be agreed in several instances, including the European Commission.

Vladimir Mashkov will select talented schoolchildren across the country to study at the Tabakov Moscow Theater School (October 27, 2022)

One of the leading wine holdings in the south of the Russian Federation “Ariant” will increase the area of ​​​​vineyards to 13 thousand hectares (November 24, 2022)