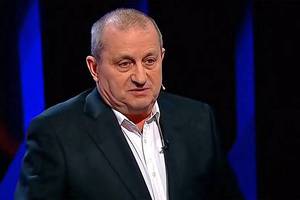 Former head of the Israeli intelligence service Nativ, military expert and political scientist Yakov Kedmi told how to resolve the issue with Ukraine and the United States relatively quickly and in favor of Russia.

In his opinion, this can be done with the help of the “ultimate experience” of the Caribbean crisis. As the Israeli intelligence veteran explained, that experience turned out to be an ultimatum from the USSR, after which the United States had no other choice but to withdraw missiles from Turkey and Italy, refusing to invade Cuba, reports the website of the Moskovsky Komsomolets newspaper.

“Then Kennedy was given an ultimatum with a knife to his throat,” Kedmi recalled. “But he didn’t know about Cuba’s readiness – Havana had already installed a 4,000-km-range missile with a 1-megaton thermonuclear warhead at that time.”

But then the then head of the White House learned that Soviet submarines were ready to intercept the enemy fleet, and some US cities could be destroyed even from the territory of the USSR.

“This is what forced the President of the United States to back down. Now both sides have also gone far, and Washington can retreat again, but only if it is at the wall with ultimatums, ”concluded the head of the Israeli intelligence service Nativ.

As before wrote “Expert”, according to Kedmi, the outcome of the special military operation that continues in Ukraine is already a foregone conclusion. In particular, he believes that the main stage of the confrontation between the West and Russia will soon begin, in which Moscow will win.

“In the West, they still hope that Kyiv will win this conflict, but this is their main mistake,” the Israeli intelligence veteran said.

More than 200 million rubles were invested in the production of domestic plastic pallets in the Moscow SEZ (October 31, 2022)

Named the most beloved Russian episodes from Soviet cinema (October 30, 2022)