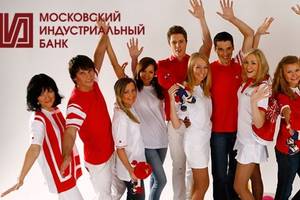 The Russian Federation, represented by the Federal Property Management Agency, became the owner of 100% of the shares of JSC Moscow Industrial Bank (JSC MinBank). The Bank of Russia is no longer its shareholder. Not later than May 2023, the bank is expected to join PJSC Promsvyazbank, the press service of the Central Bank reported.

“JSC MinBank will continue to work in a standard mode and fulfill all its obligations to customers. The previously adopted decision of the Bank of Russia on guaranteeing the continuity of its activities remains valid,” the Central Bank said.

On November 8, Prime Minister of the Russian Federation Mikhail Mishustin signed a decree according to which 100% of the ordinary shares of MinBank will be accepted into the Russian treasury from the Deposit Insurance Agency (DIA) at a market value of 1 ruble by reducing the property contribution of the Russian Federation made to the property by this amount DIA. Then the bank’s shares will be transferred to the authorized capital of Promsvyazbank.

On May 20, the Central Bank announced its decision to recapitalize MinBank in the amount of 34.9 billion rubles before the organization is merged with Promsvyazbank. As Kommersant clarifies, back in January 2019, the regulator decided to sanitize MinBank to prevent bankruptcy; by April 2022, 164 billion rubles had been invested in it. The bank has more than 150 branches in 27 regions of the Russian Federation.

Mishustin urged to accelerate the rejection of the dollar in mutual settlements in the CIS space (October 28, 2022)