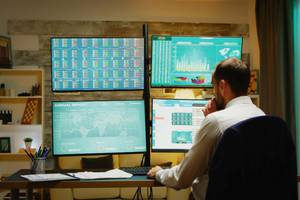 The share of foreign investments in Russian federal loan bonds (OFZ) as of October 1 was 17.9%. It has remained unchanged for the last three months, follows from the materials published on the website of the Central Bank.

The nominal volume of OFZ owned by non-residents at the beginning of October amounted to 2.741 trillion rubles. Over the month, the indicator decreased by 1 billion rubles and returned to the level of early August. The total volume of the OFZ market as of October 1 was estimated at 15.31 trillion rubles, which is 7 billion more than a month earlier.

The share of non-residents in the Russian government debt market has remained at about the same level (17.6-17.9%) since March this year.

Nabiullina predicted the period of the maximum recession of the Russian economy (October 28, 2022)

The Dutch holding VEON announced the sale of VimpelCom (November 2, 2022)