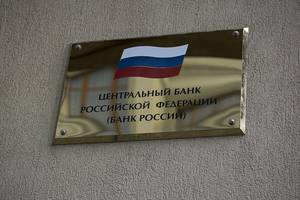 The Bank of Russia today released its quarterly Monetary Policy Report. According to the data presented, the current inflationary pressure remains subdued, but will increase. According to the Central Bank, during the summer months, prices declined. Some growth occurred in September, which was caused by one-off factors, including an increase in auto insurance and mobile phone tariffs.

Until the end of this year, inflationary pressure will increase due to the postponement of the indexation of housing and communal services tariffs from next year to December this year. At the same time, the dynamics will depend on changes in the size of the labor force, the employment structure and the speed of further adaptation of enterprises to sanctions. Thus, according to Central Bank analysts, prices may rise by 12–13%, and in 2023 by 5–7%. Inflation will return to 4% in 2024.

At the same time, the Central Bank improved its GDP forecast: the economic contraction in 2022 will be only 3.0-3.5% against 4.0-6.0% expected in the previous forecast. Demand from the public sector will provide particular support to economic activity. The forecast for next year has not changed – the reduction will be 1.0-4.0%, largely due to the high base of the first quarter of 2022. In the second half of 2023, the economy will enter a growth stage.

Central Bank analysts noted that despite the reduction in the key rate, monetary conditions have tightened somewhat. The main reason: increased geopolitical tensions. Investors were forced to revise their estimates of inflationary risk premiums. The outflow of cash caused an increase in the rate on deposits. Interest rates on loans stopped falling, in October banks began to impose higher requirements on borrowers. However, lending activity remains high in both the retail and corporate segments.

How to cover the budget deficit

In a comment to Expert, economist Alexander Razuvaev expressed the opinion that in 2024 inflation could be higher than the target set by the Central Bank. However, this won’t be a big problem.

“Economic theory says that below 20% is normal. In the zero years in Russia, it was always above 10%, however, incomes grew very quickly, everything suited everyone, ”he emphasized. As for the forecast for GDP, the expert believes that the decline may even be lower than the expected figures – about 2-3%, as the real sector feels confident.

“The question of the key rate remains open. I believe that it will not move from 7.5%. This, of course, will slow down the real sector somewhat, because there were expectations that the rate would be further reduced, many third-tier companies are now not placed on IPOs. It seems to me that next year the Central Bank will be pushed through, and the rate will be 5-6%. Yes, the target of the Central Bank is 6-8%, but borrowers, as they influenced the pandemic, can do it in this situation. Lobbying is lobbying, there is nothing wrong with that, there is nothing criminal to look for,” he said.

Inflation will decrease, as we have a strong ruble. However, some State Duma deputies are already putting forward the idea that the budget deficit should be covered either directly with loans from the Central Bank, or give money to state banks, and for those to buy government bonds. In this case, inflation will be many times higher. According to Alexander Razuev, it is by no means possible to cover the budget deficit with a “printing press”.

Aleksey Zubets, director of the Institute for Socio-Economic Research of the Financial University under the Government of the Russian Federation, Doctor of Economic Sciences, has a different opinion. According to him, if the government influences the Central Bank, the key rate will be reduced. However, based on the message of the Chairman of the Bank of Russia Elvira Nabiullina, the rate will be kept above inflation.

“That is, they will lower it carefully. There will be no such thing as this year, when the rate was “strangled” in order to revive the financial policy in the country and add activity to the credit market,” Oleksiy Zubets told Expert. He believes that in 2023 inflation will be higher than forecast, as the government is going to spend 5-7 trillion rubles on a special operation and related expenses.

“We have cost inflation in the labor market due to the fact that there is not enough workforce. Business and civil service are forced to raise salaries in order to fight for workers. Especially when it comes to blue-collar workers. Cost-push inflation will continue, it is inevitable, given the level of military allowances that are paid to the mobilized. They are relatively few, but nonetheless. Thus, the state will distribute money next year. Under these conditions, it will not be possible to maintain low inflation. Moreover, 7 trillion is not the limit at all. Plus infrastructure projects, the restoration of Novorossiya and so on. That is, real inflation will reach 7% in 2023, and this will correspond to the rate indicator,” Alexei Zubets concluded, adding that if GDP does not grow next year, as the Central Bank claims, then real wages will increase.

The United States learned about Turkey’s plans not to sign Sweden’s application to NATO (November 3, 2022)

The shortlist of applicants in the nominations “Grand Prix”, “Reliability” and “Dynamics of Development” of the XVII Prize “Financial Elite of Russia” has been determined (November 11, 2022)