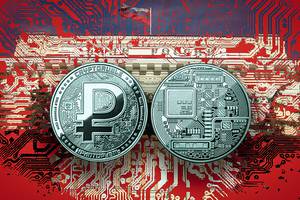 The digital ruble promised by the Central Bank has not yet appeared, but it has generated enough myths around itself. Specialists of the educational project of the Bank of Russia “Financial Culture” in their Telegram channel outlined seven popular, but not true statements about the new form of the Russian currency, which banks have already begun to test.

“Myth 1️: This is another cryptocurrency. Not at all, this is the third, digital form of the Russian national currency, which is issued by the Bank of Russia and is its obligation. Cryptocurrencies are private digital currencies, they do not have a single issuer, and they are not someone’s obligation, ”the Central Bank explained.

The second common misconception is that the digital ruble is no different from the non-cash one. Employees of the Central Bank stressed that the difference is actually fundamental between them. Unlike non-cash money, which is a record on the account of a specific bank, digital rubles will be stored on the platform of the Bank of Russia. They can be accessed through any financial institution.

It is also wrong to say that the digital ruble is a way to control the money of citizens. The Bank of Russia assured that information about wallets, digital rubles stored on them, payments and settlements made is a bank secret protected by law. The Central Bank and other regulators have access to certain information within their powers, just as it is happening now. The Central Bank stressed that the digital ruble will help improve the effectiveness of anti-money laundering and counter-terrorist financing procedures. In addition, it is more protected from the actions of scammers.

“All transactions will take place on the platform of the Bank of Russia through channels with cryptographic protection. User data will be kept strictly confidential, using the latest cyber protection technologies. Each transaction in digital rubles will take place only if the client confirms it with his electronic signature. The safety of digital rubles will not depend on an individual bank, it is guaranteed by the Bank of Russia, ”the Central Bank explained.

The specialists also said that there will be no separate rate for the digital ruble, since the rate is formed in relation to foreign currency, regardless of the form: cash, non-cash or digital. In addition, its release will not accelerate inflation, as there will be no more or less money in the country. The digital ruble “will appear in circulation gradually, not in addition to existing forms of money, but partially replacing them.”

The Central Bank also refuted the misconception that there is no benefit from the digital ruble, and named its five main advantages. These are fast and secure payments for citizens and businesses 24/7 with commissions no higher than in the SBP; calculations not only online, but also in the future without access to the Internet. In addition, it will be possible to conclude smart contracts on the digital ruble platform, which will allow “to speed up, simplify and make a variety of transactions transparent.” The Central Bank cited real estate transactions as an example: the digital rubles of the buyer of an apartment will automatically go to the seller as soon as it is registered to the new owner. Approximately the same way, it will be possible to purchase goods through a smart contract: the supplier will receive payment for his products immediately after they reach the buyer.

The regulator stressed that the technology of the digital ruble allows you to mark funds for use strictly for specific purposes. This can be useful both for social payments and for pocket money given by parents to a child. Due to this, the state will be able to improve control over the spending of budgetary funds.

Secretary of the Security Council spoke about the prevention of a terrorist attack at the Zaporozhye NPP (November 3, 2022)

The head of Sevastopol called on the citizens not to publish the results of the air defense work (October 29, 2022)