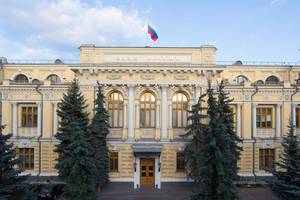 The international reserves of the Russian Federation as of October 28 amounted to $550.1 billion, over the week they increased by 1.7% or $9.1 billion. This follows from the statistics presented on the website of the Central Bank. It follows from the regulator’s comment that the changes occurred as a result of a positive revaluation.

As of October 21, the international reserves of the Russian Federation were estimated at $541 billion, a month earlier, on September 30, at $540.7 billion. All this time, the volume of reserves has changed as a result of financial revaluations.

According to the Central Bank, the gold and foreign exchange reserves of the Russian Federation reached a historical maximum of $643.2 billion on February 18, 2022, but already on February 25, the volume of reserves decreased to $629.4 billion, and on March 4 to $608.9 billion.

Import substitution in the automotive industry comes with a metallic screech (November 9, 2022)

Nabiullina assessed the impact on inflation of payments to mobilized (October 28, 2022)