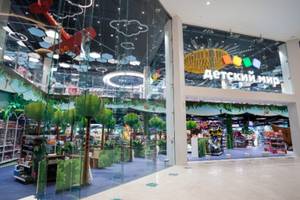 The largest Russian chain of children’s goods “Children’s World” is preparing to change the status of a public company to a private one.

As RBC writes with reference to the message of the retailer, the issue of making an appropriate decision will be submitted to the board of directors in the near future. It is explained that such a step is connected with the problems that the network had to face due to the presence of foreign investment funds in its capital, which under the current conditions cannot make transactions on the Moscow Exchange. “In addition, given the general critical view of the Russian stock market by Western regulators, a number of investors are experiencing difficulties with voting at shareholder meetings, which can block the adoption of critical decisions for the company’s activities, and also does not allow distributing dividends without the risk of blocking them on type “C” accounts,” the agency quoted the company as saying.

It is clarified that the transformation involves a partial transfer of the shareholders of Detsky Mir PJSC to the non-public Detsky Mir LLC and an offer to sell PJSC shares to shareholders who have not transferred to the non-public organization. After the completion of the reorganization process and the partial transfer of shareholders to LLC Detsky Mir in 2023, the subsidiary of the company will offer shareholders to sell the shares at a market price, which will be determined by the board of directors at a level not lower than the weighted average share price on the Moscow Exchange for the six months preceding the date of the transfer offers.

The company also plans to apply to the government commission for control over foreign investments in the Russian Federation with a request to provide permission for payments in rubles for sold shares to non-resident investors from unfriendly countries to the accounts indicated by them, bypassing type “C” accounts.

It is noted that the shares of Detsky Mir on the Moscow Exchange fell on news of plans to become a private company by 4.8% compared to the previous day’s closing level – to 68.52 per ruble. for paper. By 13:30, the decline slowed down to 3.9%, the price of securities recovered to 69.6 rubles. per share.

Detsky Mir Group is the largest Russian chain of children’s goods stores. It includes Detsky Mir retail chains, an online store and marketplace, as well as the Zoozavr pet products chain. In 2021, the group’s total sales increased by 16.9% and amounted to RUB 184.3 billion including VAT. The retailer’s total online sales in Russia increased by 39.1% to RUB 54 billion, with the share of online sales in Russia amounting to 30.8%. Net revenue of the network increased by 15% and reached 164.3 billion rubles. The volume of sales of own brands and direct imports of the network in the Russian Federation is 46.2% of total sales (+1.7 p.p. yoy).

The best essays by schoolchildren on the theme of the Battle of Stalingrad will be selected in early November (October 27, 2022)