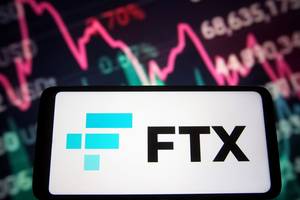 Cryptocurrency exchange FTX has filed for bankruptcy under Chapter 11 of the US Bankruptcy Code. Its CEO Sam Bankman-Fried stepped down. The new head of the company will be John Ray III.

“FTX and 130 of its affiliates have filed for bankruptcy in a Delaware court to begin a streamlined asset valuation and monetization process for the benefit of all stakeholders,” the exchange said in a statement.

Ethereum lost 8.4% and reached $1211. FTT (FTX exchange token) fell by 32.9%. The quotes of most other cryptocurrencies also fell.

Bitcoin lost 20.1% in seven days. The fall ahead of the market may indicate the beginning of the exit from the first cryptocurrency of institutional investors, on whom the recent events have made a heavy impression.

Within days, FTX — the world’s second-largest crypto exchange — went from a $32 billion valuation to bankruptcy after clients demanded withdrawals and its liquidity dried up. US regulators have launched an investigation. Major exchange Binance terminated its non-binding FTX purchase agreement after examining the state of its finances.

Estimates of the “hole” in its balance sheet vary. But Reuters reported that the crypto exchange was trying to raise $9.4 billion this week to cover the shortfall.

Chapter 11 bankruptcy usually involves a reorganization to keep the business going and allow operations to continue. “This will give the FTX Group an opportunity to assess their situation and develop a process to maximize stakeholder redress,” said new FTX CEO John Ray III.

Beginning franchisees will be supported in Moscow (November 10, 2022)

The yuan buckles under the weight of inflation and covid (November 10, 2022)