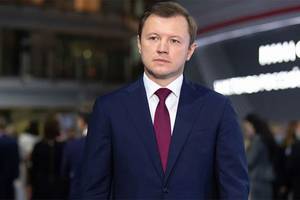 Developers will build roads, utilities, social facilities and residential buildings on 320 sites allocated by the Moscow government for the creation of infrastructure facilities at the expense of budget funds. This was announced by the Vice-Mayor of Moscow for Economic Policy and Property and Land Relations Vladimir Efimov.

“This year, as part of the Targeted Investment Program under gratuitous use agreements, we transferred 320 land plots with a total area of ​​more than 342 hectares to developers working on a city order for the development of the capital’s infrastructure. As a result, new roads, engineering communications, social facilities and residential buildings will appear in Moscow,” Yefimov said.

The projects will be built under the Targeted Investment Program (AIP).

Russian teachers will be sent to schools in Kyrgyzstan (November 5, 2022)

The Central Bank revealed the facts of insider trading in ordinary shares of Raspadskaya (November 2, 2022)

The number of currency smugglers has increased in Russia (October 31, 2022)