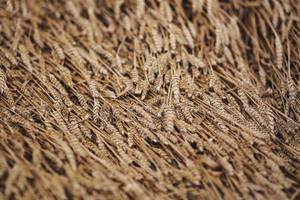 The Russian Federation shipped 5.4 million tons of wheat for export this month, which is 47% more than in the same month in 2021.

This was told by the head of the analytical department of the Russian Grain Union Elena Tyurina, Interfax reports.

One of the reasons for the growth, the expert called discussions about the future of the “grain deal”, which led to the intensification of purchases, primarily from Ankara, which in October contracted 980 thousand tons of wheat against 400 thousand tons last year. Egypt also continues to actively buy Russian grain, which showed an increase in deliveries from the Russian Federation by 39% in October, having contracted 928 thousand tons of this product. In addition, figures for Bangladesh jumped to 464 thousand tons.

The head of the analytical department of the Russian Grain Union stated that “the drop in shipments of wheat through the main Russian ports, which was observed from July 22 to October 1, was replaced by a sharp increase throughout October.” As a result, shipments increased through the main ports – Novorossiysk (growth in October by 44%, to almost 1.4 million tons), through Rostov-on-Don (more than doubled, to 730 thousand tons), Azov (22 %, up to 596 thousand tons), Tuapse (double growth, 163 thousand tons). Also, small ports of the Russian Federation – Volgograd, Kamyshin, Balakovo, Togliatti – began to ship wheat more actively. “Road transshipment increased by 75%, to 1.6 million tons,” Tyurina said. She noted that in October, 44 companies shipped wheat for export against 90 a year earlier, and 27 countries against 41, respectively, acted as buyers.

Speaking about the situation with grain prices, the analyst pointed out that it largely depends on information about the withdrawal of the Russian Federation from the grain deal, which was announced on October 29, after the attack on Russian ships in Sevastopol.

Lavrov explained why no one can undermine the Russian economy (November 1, 2022)