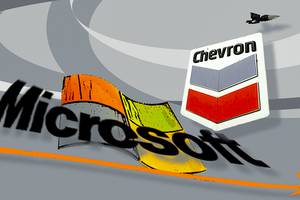 The US nonfarm payrolls report for October, released ahead of yesterday’s trading session, confused investors. The growth in the number of jobs was higher than forecasted – 261 thousand (waiting for 205 thousand). This reduced the chances of a slowdown in the rate hike, the possibility of which Fed Chairman Jerome Powell announced on Wednesday.

A strong labor market is not something that can help fight high inflation. An update on it will be released next week. But in September it was 8.2%, and in October, as analysts believe, it dropped to 8%. And any figure from this area is very far from 2% – the traditional target for inflation.

The Fed, of course, also does not need a special weakness in the labor market: it still has a dual mandate – full employment and price stability. And yet it is quite obvious what exactly will be in priority with such statistics.

But some analysts interpreted these data, on the contrary, as a sign of a cooling in the labor market. The September figures were revised upwards (up to 315 thousand from 263 thousand) and it turned out that in October they significantly decreased. At the same time, the unemployment rate rose from 3.5% to 3.7%. It turned out that the rate hike was working, successfully hitting employment, so the Fed might slow down in December.

And the main US stock indexes were both positive and negative yesterday. The Nasdaq Composite, for example, opened the day quite strongly, was in the red zone 20 minutes later, rose above the open an hour later, but then went down and fell to a minimum since October 13. He closed the auction, however, with an increase of 1.28%.

“Today we are seeing something like a ‘tale of two cities’,” Anthony Saglimbene, chief market strategist at Ameriprise Financial, told CNBC yesterday. “I don’t think the market has quite figured out how to match this employment data with what the Fed signaled on Wednesday.”

But any interpretation of these statistics must assume that rate hikes will continue into December and February, and possibly much longer. Yesterday, for example, former US Treasury Secretary Lawrence Summers told Bloomberg Television that he sees the risk of a rate hike above 6% based on current statistics.

From today’s 3.75-4%, if the rally does drop to 50bp and then to 25bp, this rate hike could drag on until next fall, if not for the whole year. Moreover, above 6%, generally speaking, there are quite a few numbers. So it’s not far from Russian 7,5% …

For technology stocks, this is bad news. But for others, it’s very different.

Two-Way Index: Commodity Rise and Drawdown in IT

Yesterday, the Dow Jones Industrial Average, which ended the day up 1.26%, featured two mirror stories of large companies from different market sectors. While Microsoft shares have been making new lows since 2021, Chevron has been rewriting all-time highs. Both ended the day in positive territory, but since the beginning of the year, the former have lost 34.17%, while the latter have grown by 56.3%.

Despite the hike in rates, oil stocks are doing well this year on the back of high energy prices. But yesterday Brent and WTI also jumped more than 4% and 5% respectively.

The reason was the talk that China may soon abandon anti-COVID restrictions by opening up its economy. The Chinese authorities did not make official statements about this. However, rumors were enough to rally in commodity markets and stocks around the world.

Gold has risen in price by 3.36%, and silver – by 7.64%. For copper, it was generally the best day since 2009 – it soared by 8%. Shares of commodity-related companies also rose. Most European stock indexes on Friday added more than 2%. In this regard, American stocks also rose.

And yet, the main US stock indexes ended the whole week in the red. The Dow lost 1.4%, while the S&P 500 and Nasdaq lost 3.35% and 5.65%, respectively. The first of them thus interrupted a four-week growth streak, and the other two interrupted a two-week one.

It was the best October in Dow history and its strongest month since January 1976. However, this record itself reduced the chances of continued growth – regression to the average in the stock market works perfectly. So the “bear rally” in October can be officially considered completed. In addition, at the end of Friday, another Rubicon was crossed.

Analyst estimates of fourth-quarter earnings growth for S&P 500 companies have been falling for more than a month. As early as June 30, 9.1% were waiting, by September 30, the figure had already fallen to 3.9%, last Friday it shrank to 0.2%, and now, finally, it has become negative. S&P 500 companies’ earnings are expected to fall 1% on average in the fourth quarter, according to a report released last night by FactSet Senior Analyst John Butters.

If things continue at this pace, then during the next reporting season we will have another “bear rally” – expectations will become so low that they will be surpassed by anyone. True, at first, US stocks will still have to thoroughly fall in price.

Russian Foreign Ministry: Britain handed over underwater drones to Ukraine to carry out a terrorist attack in Sevastopol (November 3, 2022)