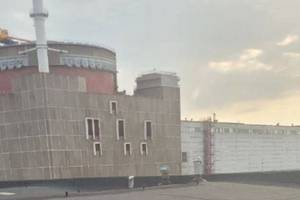 Secretary of the Security Council of the Russian Federation Nikolai Patrushev announced the prevention of a terrorist attack on Zaporozhye NPP.

TASS writes about it.

“We have received information about the prevention of a terrorist act at the Zaporizhzhya NPP by our special services,” Patrushev said during a meeting of the secretaries of the Security Councils of the CIS countries. He said that the Ukrainian side continues shelling the Zaporozhye nuclear power plant with Western-supplied weapons, “which could lead to a global catastrophe.”

According to Patrushev, the visit of the IAEA delegation to the station did not lead to a cessation of attacks and condemnation of Kyiv’s actions by the international community. The Secretary of the Security Council noted that although the IAEA experts perfectly see that it is the Ukrainian troops that are shelling the nuclear power plant, they do not talk about it. Meanwhile, foreign media are whipping up a stir, blaming Russia for the attacks on the Zaporizhzhya NPP.

According to Renat Karchaa, adviser to the general director of the Rosenergoatom concern, Ukraine planned a sabotage on the Energodar heat supply line, which is connected to the Zaporozhye nuclear power plant. After the implementation of the sabotage, Kyiv would have made accusations against Moscow, the specialist explained. Karchaa specified that in order to implement the plan, the Ukrainian authorities tried to recruit ZNPP employees. “But you see how it turns out, there are terrorists on Bankova Street, but they were not among the employees of the Zaporozhye nuclear power plant,” he stressed.

On Tuesday, November 1, the chairman of the movement “We are with Russia” Vladimir Rogov said that about 230 saboteurs and special forces of the Armed Forces of Ukraine were training in the Zaporozhye region to capture the ZNPP.

Europe is waiting for serious social upheavals at the end of next year (November 7, 2022)