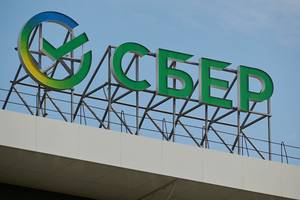 The Moscow Arbitration Court accepted for consideration the claim of Sberbank against the British company Glencore Energy UK Ltd, from which the bank asks to recover about 117 million euros.

The Russian Agency for Legal and Judicial Information (RAPSI) drew attention to the case card in the database of documents of arbitration courts.

The lawsuit was filed on October 31, the total amount of claims is more than 7.08 billion rubles.

The court scheduled preliminary hearings on the dispute for December 6.

Glencore Energy UK Ltd is a subsidiary of Glencore, a Swiss trading company founded in 1974 and one of the world’s largest suppliers of commodities and rare earths.

It is noted that recently a court in London fined the British structure Glencore 276 million pounds (311 million dollars) after pleading guilty to corruption offenses related to oil operations in Africa. The investigation was conducted by the UK Serious Fraud Office (SFO). Following the investigation, the SFO reported that the defendant, through its employees and agents, paid over $28 million in bribes for various preferences, including, among other things, preferential delivery times and increased cargo volume between 2011 and 2016. The company was fined about half of its weekly profit of $320 million.

Named the criteria by which Russians choose products in the store (November 4, 2022)