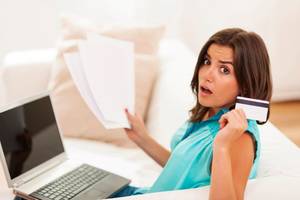 In the nine months of this year, the Bank of Russia received nearly 280,000 complaints from consumers of financial services and investors, which is 23% more than in the same period last year. At the same time, the number of complaints related to consumer and mortgage lending, as well as “sanction” claims against securities market entities, has significantly decreased, the press service of the Central Bank reported.

“The number of complaints against banks in January-September 2022 increased by 11.6% compared to last year, to 144,000. Of these, 25,000 were associated with sanctions, in particular, with the difficulties faced by the owners of foreign currency. At the same time, significantly fewer complaints than in the same period of the previous year were received on the topics of consumer (-22.8%) and mortgage (-16%) lending. This is due both to the fact that people took loans less often, and the entry into force of measures against the imposition of additional services when concluding a loan agreement, ”the Central Bank specified.

In January-September, 41.2 thousand complaints (+25.8%) were received against insurance business entities. The increase in claims is associated, among other things, with problems in purchasing OSAGO policies and settling losses against the background of a rise in prices and a shortage of spare parts, the Central Bank noted.

The number of complaints against subjects of the securities market and the commodity market has grown nine times over nine months, up to 19.6 thousand. Moreover, complaints related to the imposition of sanctions accounted for more than 74%. At the same time, the regulator noted that their number is decreasing: if in April the Central Bank received 5,000 “sanction” complaints, then in September there were only 600 of them.

In addition, the number of complaints against microfinance organizations decreased (-7.5% to 34.7 thousand). In particular, complaints about the imposition of additional services decreased by 21.1%.

The United States admitted that Russia turned the “great victory” of the West into a big failure (November 2, 2022)

The Ministry of Defense announced the suspension of Russia’s participation in the “grain deal” (October 29, 2022)