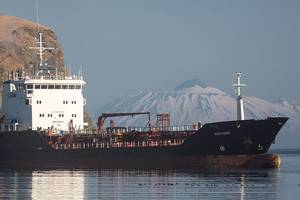 The history of Russian oil in India, the world’s third largest oil importer, is surprising. Russia became New Delhi’s main oil supplier, but at the beginning of the year, before February 24, it was not even among the top ten suppliers. India began to increase its purchases of “black gold” from Russia with astronomical speed after Western buyers began to refuse it one by one. First of all, European.

Now Indian refineries (refineries) operate mainly on Russian oil. They were not even afraid of possible secondary US sanctions. Courage Indian oil refiners have added solid discounts, which they get oil from Russia. Refineries make so much money from reselling oil products made from Russian oil to European countries that have proudly abandoned it that they are even willing to risk the wrath of Washington.

Deliveries of Russian oil in October increased by 8% compared to September. If the trend continues, then in November they will exceed a million barrels per day. By the way, India’s total oil imports also increased in October, though not as much as Russia’s – by 5%, according to Vortexa.

Russia last month overtook Iraq and Saudi Arabia, which were higher in the list of suppliers back in September. The volume of Russian oil in India’s oil balance was 22% last month; Iraqi – 20.5% and Arabian – 16%.

In November, the upward trend may continue, but in December, anything can happen. At the very beginning of the last month of the year, on December 5, two important laws concerning oil from Russia come into force at once: the European embargo and the “ceiling” of prices. It is difficult to predict how buyers will react to innovations.

Now the market is full of uncertainty about the consequences of laws. Therefore, on the eve of their entry into force, everyone is bought with Russian oil for future use. As for the near future, complete uncertainty reigns here. Bloomberg reports, for example, that two of India’s largest importers of Russian oil, the state-owned Indian Oil Corporation and Bharat Petroleum Corporation Limited (BPCL), allegedly stopped ordering oil from Russia starting December 5, hoping for clarification.

Another threat to Russian oil in India is New Delhi’s desire to diversify supplies in order to more easily endure a serious cut of 2 million b/d OPEC+ production, which will inevitably lead to higher prices. India’s Minister of Oil and Gas, Hardeep Singh Puri, announced the diversification of supplies in October.

In Belarus, they said that they see no threats to the formation of offensive groups on the border (October 26, 2022)

People with disabilities will work at the production of sockets and switches in Moscow (November 7, 2022)