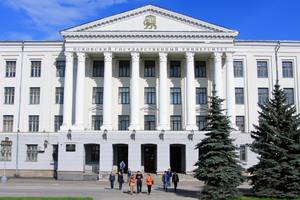 Specialists of the Pskov State University (PskovGU) will develop design documentation for import substitution of the model range of Siemens synchronous servomotors.

After assembly on the basis of this documentation and testing of prototypes, it is planned to launch mass production of engines on the basis of the Vladimir Machine-Tool Plant Tekhnika, TASS reports with reference to the press service of the Ministry of Education and Science of the Russian Federation.

A servo motor is an electric motor equipped with a sensor that allows you to control the exact position of its shaft, as well as the speed and acceleration. Units are used in a variety of areas, from the food industry to metalworking; they are equipped, in particular, with high-precision machine tools and handling devices, in addition, the devices are used in robotics. The main suppliers of servomotors in the Russian Federation were previously foreign manufacturers, primarily the Siemens concern, which, after the imposition of sanctions, stopped supplying servomotors to Russia.

“As a result of the project implementation, design documentation will be developed that will allow the production of these servomotors in Russia. Today, almost all engines (drives) of machine tools, including domestic ones, are imported, so our project will contribute to import substitution in the machine tool industry,” Natalya Ilyina, Rector of Pskov State University, is quoted as saying.

It is clarified that we are talking about graphic and text documents that will determine the composition and design of engines; The work will be carried out by engineers of the Scientific and Educational Center for Advanced Electric Drive Systems using modern equipment and software.

Pskov State University is one of the 33 flagship universities in Russia, according to the website of the institution. The university was established in 2010 through the merger of the Pskov State Pedagogical University named after Sergei Mironovich Kirov, the Pskov State Polytechnic Institute and three secondary vocational schools (Pskov Industrial College, Pskov College of Construction and Economics and Velikoluksky Construction College).

Pskov State University together with the Belarusian National Technical University (BNTU) became one of the winners of the federal project “Advanced Engineering Schools” of the Ministry of Education and Science of the Russian Federation.

Konashenkov reported on great success in the main areas of the NWO (October 30, 2022)

In Moscow, an investor with the support of the city will build a technopark in Zyuzin – Vladimir Efimov (November 2, 2022)