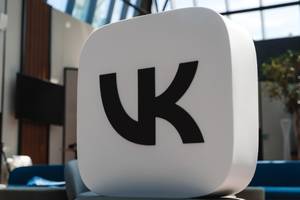 Prosus wrote off its share in 25.7% free of charge in favor of the Russian company, the holding reported.

“VK announces the withdrawal of Prosus from the shareholders through a gratuitous write-off of shares in favor of the company. VK sold the resulting treasury shares at market value to management. The transaction amount is 24.8 billion rubles,” the press release says.

It is reported that the management structure called “Singularity Lab” will ensure the operation of “a new long-term management motivation program for VK, which is aimed at actively developing the strategic directions of the company.”

The post of General Director of Singularity Lab is held by VK Senior Vice President for Investments and Business Development Alexander Aivazov.

Prosus is a subsidiary of the South African investment holding Naspers. In May, Prosus announced about the decision to sell its stake in the Russian ad service Avito, where, as in the VK holding, she acted as the main shareholder.

Earlier on November 10, VK reported that in the third quarter of 2022, its adjusted revenue grew by 9% year-on-year, amounting to 32 billion rubles. The total net profit of VK on the IFRS amounted to 41.2 billion rubles. against 2.3 billion rubles. total net loss a year earlier. The growth of indicators was influenced, in particular, by the exit of VK from O2O-holding, as well as an increase in advertising revenue, the holding said.

VTB was recognized as the most innovative bank in Russia (October 27, 2022)

US stocks faltered ahead of the Fed meeting (November 1, 2022)