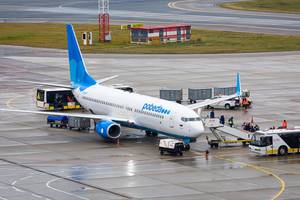 The Pobeda low-cost airline (part of the Aeroflot group) will resume flights from the capital’s Vnukovo airport to Turkish Istanbul, Alanya and Antalya by the end of the year.

About it writes “Interfax” with reference to the representative of the airline.

At the moment, Pobeda’s only foreign destination is Minsk. Low-cost airlines fly to the capital of Belarus from St. Petersburg and Moscow.

Pobeda stopped operating its international flights in March of this year, after the start of a special military operation in Ukraine and the imposition of sanctions against Russia.

In August became knownthat Aeroflot and Pobeda airlines will receive an additional 1.46 billion rubles. subsidies as compensation for the forced refund to passengers of the cost of tickets for flights canceled due to sanctions; the low-cost airline should receive 1.8 million rubles from this amount. Within the framework of the first stage of distribution of subsidies, the results of which were announced at the beginning of summer, these same companies received a total of 12.5 billion rubles. (Aeroflot – 11.5 billion rubles, Pobeda – about 980 million rubles)

Nokia has requested permission to supply spare parts to the Russian Federation from the American and Finnish regulators (November 8, 2022)