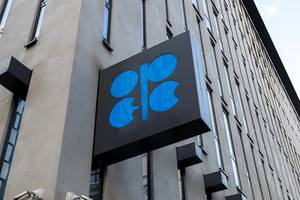 Humanity will continue to use oil for a long time to come, OPEC is sure. Moreover, the demand for it will grow for at least another decade and a half, contrary to the widespread forecasts of supporters of the transition to renewable energy sources, who believe that the demand for oil will stop growing at the end of this decade.

Global oil consumption, according to the next World Oil Outlook study prepared by the oil cartel, will grow by 13% by 2035 and reach 109.5 million barrels per day. For the next decade, it will remain approximately at this level and will begin to decline only in the second half of the 21st century.

World leaders will gather in Egypt in November for the next round of global warming talks (COP27). OPEC Secretary-General Haytham al-Ghaith echoed the warning voiced by oil producers at last year’s climate talks that a total phase-out of hydrocarbons is “potentially dangerous for a world that will be in dire need of energy resources.”

The past and especially this year have proved a certain fairness of OPEC’s position. Production of gas and other energy resources has lagged far behind the post-pandemic recovery of the global economy. It did not take long to look for the cause of this lag, which led to a very strong energy crisis. The underfunding of the industry is to blame for many of today’s troubles in the oil industry.

Due to the shortage of gas, consumers had to return to “dirty” fossil energy resources, including coal, to replace it.

Despite a sharp rise in demand for fossil fuels in 2021-22, many economists believe that the trend will be temporary and that the energy crisis will ultimately accelerate the transition to clean energy. This point of view is shared, for example, by the International Energy Agency (IEA), whose recommendations in the field of energy are followed by most of the world’s major economies.

OPEC has a different opinion. The oil cartel believes that the share of oil, which is now 31% in the global energy balance, will only slightly decrease by 2045, to 29%. That is, we are not talking about any complete rejection of hydrocarbons at least until the middle of the century.

Positions of OPEC diverge from the position of most Western countries not only on oil. In September, cartel leader Saudi Arabia angered the United States by persuading other oil producers to cut production by 2 million barrels per day.

Flight ban for airports in the south and central part of Russia extended until November 9 (November 1, 2022)

Jerome Powell offered the market a ‘deal with the devil’