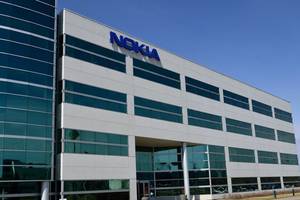 The Finnish transnational company Nokia has requested export licenses for the supply of telecom equipment to Russia to fulfill previously concluded contracts from the US regulator Bureau of Industry and Security (BIS) and the Ministry of Foreign Affairs of Finland.

RBC writes about this, citing a source close to one of the telecom operators, as well as a source in the Russian government.

It is reported that after the fulfillment of all obligations, the company will finally leave Russia, and a separate enterprise will take over the technical support of its products.

According to one of the interlocutors of the agency, the permission of the American regulator was required, since Nokia absorbed the French-American equipment manufacturer Alcatel-Lucent in 2016, and a request to the Finnish regulator is necessary, since the equipment is planned to be supplied from this country.

It is clarified that this is not about expanding networks, but about supplying spare parts to maintain the functioning of existing networks for three years in connection with Nokia’s decision to make a responsible exit (“responsible exit”) from Russia.

Nokia recommended that its customers apply for maintenance to the Russian LLC Telesystems Service (T.S.S), which is preparing to conclude agreements for technical support of Nokia equipment installed by operators from January 1, 2023; this company will employ a part of the employees of the Russian legal entities of the Finnish company. According to the interlocutor of the agency, at the moment there is a process of “smooth transition of the provision of services” of technical support for Nokia equipment to T.S.S. Negotiations are underway with operators to conclude relevant agreements.

According to SPARK, T.S.S. was established at the end of July in St. Petersburg, its CEO and owner is Evgeny Votolevsky, the former head of the program of the Directorate of Services in the Department of Network Routing and Transport Networks of Nokia.

The first wind farm in Dagestan with a capacity of 12.5 MW will receive equipment from Rosatom (November 24, 2022)

The condition for reaching a compromise between Russia and Ukraine has been named (October 28, 2022)