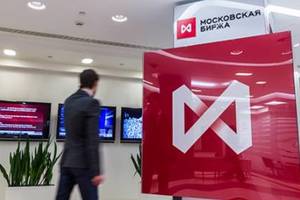 The Moscow Exchange announced a discrete auction for Detsky Mir shares due to their fall by more than 20%.

In accordance with the rules of the Moscow Exchange, the announcement of a discrete auction from 11:46 to 12:16 resulted in a decrease in the current price of the company’s shares by more than 20% for more than 10 minutes in a row, the report says.

After a discrete auction, the Moscow Exchange resumed trading in the company’s shares as usual.

The day before, November 7, became knownthat the largest Russian chain of children’s goods “Children’s World” is preparing to change the status of a public company to a private one. It is explained that the network had to face problems due to the presence of foreign investment funds in its capital, which in the current conditions cannot make transactions on the Moscow Exchange. The transformation involves a partial transfer of the shareholders of PJSC Detsky Mir to the non-public LLC Detsky Mir and an offer to sell PJSC shares to shareholders who have not transferred to the non-public organization. After the completion of the reorganization process and the partial transfer of shareholders to LLC Detsky Mir in 2023, the subsidiary of the company will offer shareholders to sell the shares at a market price, which will be determined by the board of directors at a level not lower than the weighted average share price on the Moscow Exchange for the six months preceding the date of the transfer offers.

The Central Bank commented on the information about the hacking of its networks by Ukrainian hackers (November 3, 2022)

British intelligence reported on the “dragon teeth” that Russia installed to protect Mariupol and Kherson (November 8, 2022)

OPEC: oil demand will remain strong until the middle of the century (November 1, 2022)

The shortlist of applicants in the nominations “Grand Prix”, “Reliability” and “Dynamics of Development” of the XVII Prize “Financial Elite of Russia” has been determined (November 11, 2022)