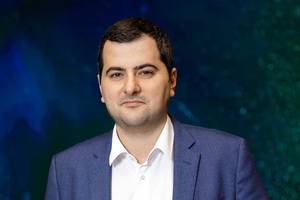 The City Planning and Land Commission of Moscow decided to provide a plot of 0.66 hectares to the investor without bidding. A full-cycle production of cosmetics will appear on this territory as part of a large-scale investment project (MaIP) worth 440 million rubles. This was announced on November 8 by the head of the department of investment and industrial policy of the capital Vladislav Ovchinsky.

“In the Sviblovo area, the investor will build a full-cycle enterprise with a total area of ​​5.5 thousand square meters. The production facility will produce cosmetics and packaging for products,” said Vladislav Ovchinsky. He added that 50 employees will work at the new plant, and the volume of investments in the project will exceed 440 million rubles.

As the head of the department specified, among the cosmetics that the new enterprise plans to produce are modern decorative and care cosmetics for the face, body and hair, personal hygiene products, as well as masks and antiseptics. Part of the production is planned to be produced under the contract. In addition to the production workshop, there will be premises for logistics and storage purposes. The investor also plans to create a platform for the sale of local cosmetic brands.

“For the construction of the enterprise, the investor will be provided with a land plot of 0.66 hectares on Yeniseiskaya Street, possession 1,” said the Moscow government minister, head of the city property department Maxim Gaman. According to him, the contract with the company will be concluded for 5 years, during which the construction of the production should be completed.

As specified in the city government, the developer is TSP LLC. The company is currently implementing the project of local brands Cha u kao & Awareness and PURELOVE, which are sold in various retail outlets in the country.

Peskov said that the “grain deal” without the Russian Federation will become “much more risky” (October 31, 2022)

Eurostat once again reported a record acceleration of inflation in 19 countries (October 31, 2022)

Putin announced the launch of an integrated support system for families with children (November 8, 2022)

Russian stocks went on the attack on all fronts (November 1, 2022)