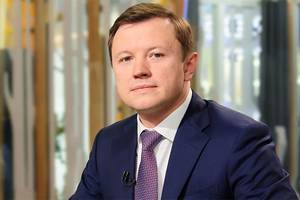 The Moscow Industry Support Center, which was launched in April 2022, received more than 300 requests from 250 enterprises in six months of operation. Companies asked for help in selecting suppliers, obtaining a site for production, and with a number of other tasks. This was announced by the Vice-Mayor of Moscow for Economic Policy and Property and Land Relations Vladimir Efimov.

“In the spring of this year, we created an Industry Support Center for Moscow manufacturers, where specialists help “manually” both large enterprises and small and medium-sized businesses if their activities are related to production. From April to early October, the Center received more than 300 requests from 250 companies, half of them have already been resolved,” Yefimov said.

Most often, companies contacted on issues related to the provision of support measures, financing and lending, and also asked for help with the selection of suppliers and interaction with authorities.

“Specialists have already provided assistance in solving problems related to technical connection to engineering networks and organization of parking for enterprises. Other metropolitan companies were helped to find an analogue of Russian production to replace the foreign mold, and they also organized the transportation of products abroad,” said the head of the Moscow Investment and Industrial Policy Department Vladislav Ovchinsky.

An enterprise can get advice by sending an application to the Industry Support Center by e-mail or by calling. To work with the appeal of the company, a personal assistant is appointed, who accompanies the industrialists at all stages of solving the problem.

The most popular directions of university startups in the Russian Federation are named (November 6, 2022)

Head of Ingushetia Mahmud-Ali Kalimatov and Mikhail Gutseriev agreed on the implementation of investment projects by the entrepreneur in the republic (November 3, 2022)