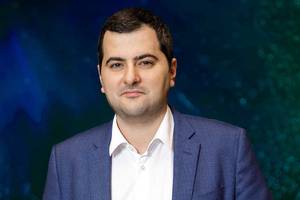 Legoplast, a resident of the Special Economic Zone (SEZ), has invested more than 200 million rubles in the production of plastic pallets that can replace foreign counterparts. The enterprise has already produced a trial batch, the annual production volume will exceed 400,000 items. This was announced by the head of the department of investment and industrial policy Vladislav Ovchinsky.

“Recently, another modern enterprise, Legoplast, received the status of a resident of the special economic zone of the capital. The company’s capacities allow the production of more than 400 thousand plastic pallets per year, which will reduce the share of such foreign products in the food, transport and warehousing industries, in the field of transportation and storage of goods. High-density low-density polyethylene, from which pallets are made, is also completely produced in Russia,” said Vladislav Ovchinsky.

The products are relevant for domestic industrial enterprises, wholesale depots, warehouse complexes, logistics centers, shops and marketplaces. Some forms of Legoplast pallets are unique and are subject to patent and license protection.

“The company has invested more than 200 million rubles in the new production. The enterprise will create about 50 jobs. Legoplast leases premises in the SEZ with an area of ​​1.1 thousand square meters. Thanks to the modern infrastructure of the Pechatniki site, the company was able to focus on the production process and start producing products strictly on schedule,” said the General Director of the Technopolis Moscow SEZ Gennady Degtev.

The service life of plastic pallets can exceed 10 years. Such products are not subject to atmospheric influences, they can be used at temperatures from -40 to +60 degrees Celsius.

“Wooden pallets are short-lived: their constant repair is required, sometimes fungus, mold and protruding nails spoil the product. At the same time, insects and high humidity do not harm the plastic, it is not subject to decay. It is a material with which there are no difficulties when exporting: neither quarantine certificates nor phyto-treatment are required for plastic pallets. One such pallet weighs much less than a wood counterpart, does not absorb moisture when stored outdoors. This makes it possible to significantly facilitate loading and unloading operations, reduce the cost of transportation,” explained the CEO of Legoplast. Vladimir Shtylev.

The company’s products are environmentally friendly: old pallets can be recycled into the same new unit, which significantly reduces the burden on the environment.

Thanks to the status of a resident of the Technopolis Moscow SEZ, Legoplast receives support from the city. The company is exempted from paying land, property and transport taxes, the income tax rate for it has been reduced to two percent. In addition, customs duties are not levied on the goods it imports.

Action of the week: “Children’s World” lights up like an adult

Biden declared no interference in the elections to the US Congress (November 10, 2022)